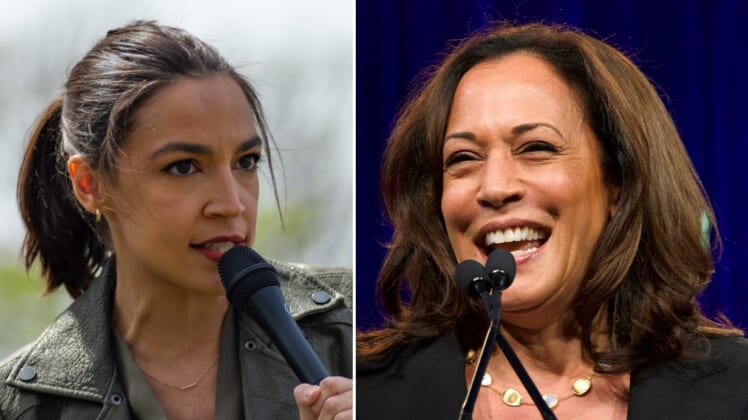 AOC called part of Harris’ message “disappointing” in a series of tweets Monday, retweeting a video of the vice president telling migrants to “not come” to the United States.

“I want to be clear to folks in this region who are thinking about making that dangerous trek to the United States-Mexico border: Do not come, do not come,” Harris said to reporters.

“The United States will continue to enforce our laws and secure our border. There are legal methods by migration can and should occur, but we, as one of our priorities, will discourage illegal immigration,” she added. “And I believe if you come to our border, you will be sent back.”

AOC shot back in a tweet: “This is disappointing to see.”

“First, seeking asylum at any US border is a 100% legal method of arrival,” the congresswoman said. “Second, the US spent decades contributing to regime change and destabilization in Latin America. We can’t help set someone’s house on fire and then blame them for fleeing.”

“Squad” sister Rep. Ilhan Omar (D-MN) also tweeted out: “We should not abandon our values and rights to far white nationalists.”