AOC Slammed for Not Redistributing Wealth to Grandma in Puerto Rico: ‘Honey, You Drive a Tesla’ 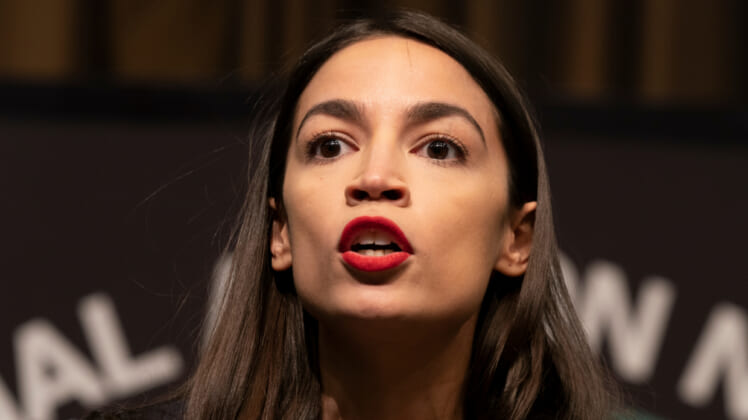 In a thread posted to Twitter Wednesday, the self-proclaimed democratic socialist highlighted her visit to Puerto Rico, where her grandmother resides in a dismantled house.

“This is her home” she tweeted, along with two images of her grandma’s house.

The photos show a house with no furniture, a collapsed ceiling and buckets on the floor to collect leaking water.

Social media users were quick to point out the wealth disparity between the congresswoman and her grandma.

“Shameful that you live in luxury while allowing your own grandmother to suffer in these squalid conditions,” conservative commentator Matt Walsh replied. “It never fails with these champagne socialists. They expect everyone else to make sacrifices while making none themselves.”

Florida Republican candidate Lavern Spicer chimed in: “Honey, you drive a Tesla and have two apartments. If your grandmother is living poor that’s because you don’t help her out. I’m surprised that a socialist wouldn’t redistribute that wealth to their grandma. Sad!”

“Sell your Tesla!” another user tweeted. You should be ashamed for letting her live like this. We have a responsibility to care for our elders!”