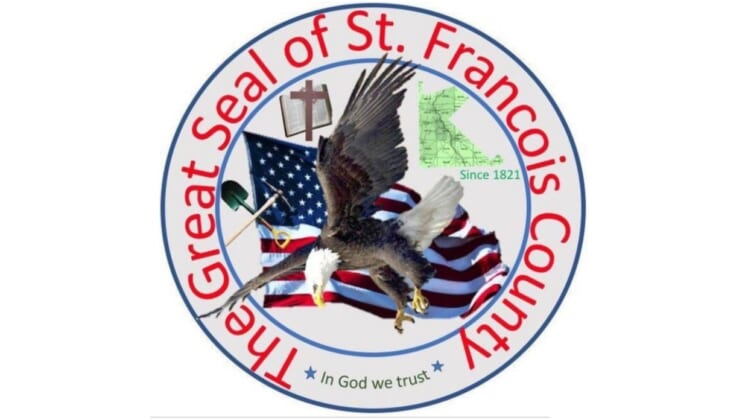 An outside anti-religion group is going after a Missouri county seal because it has a cross and Bible, among other symbols.

St. Francois County’s seal is up for a redesign after it went viral online when a Reddit user posted it under a “CrappyDesign” thread and it was lambasted for its appearance.

But the Freedom From Religion Foundation called it an “inappropriate” image on Monday for another reason.

“These religious symbols must go, as they are unconstitutional endorsements of religion that exclude the non-Christian residents of St. Francois County,” FFRF said in a press release.

Presiding Commissioner Harold Gallaher told the county commission meeting on Jan. 4 that he was in a rush to make the design in 2018.

“I had two days to come up with a seal and my design of the seal is proof positive that I am not artistically inclined. I am artistically declined,” Gallaher explained. “I agree that we need something new.”

Now the county is asking the community to help pitch their ideas for a redesign — without using taxpayer funds — and Gallaher asked for a symbol representing “parks” to be added.

“If somebody wants to redesign that seal, come on, let us see what you got,” Gallaher said, adding that the new design will be “phased in” on county property.

Contrary to the presiding commissioner’s wishes, FFRF co-president Annie Laurie Gaylor said this is the “perfect opportunity” to remove the Bible and cross from the seal.

More details on the county seal design contest will be announced at Tuesday’s meeting, FOX 2 reports.