Barr, Who Was Hated By Dems and Media, Announces Resignation 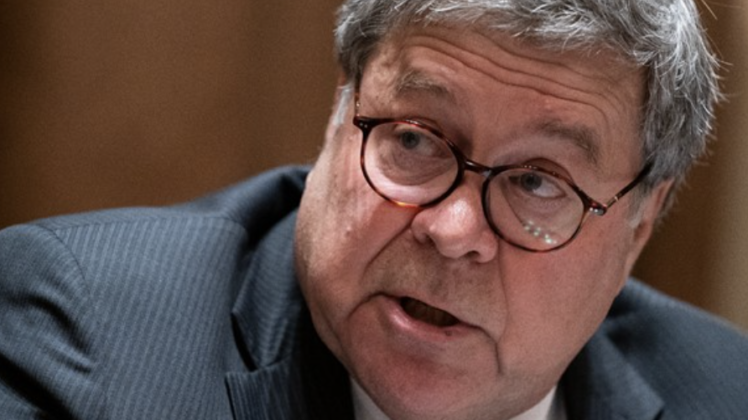 It was the announcement that we all saw coming.

President Trump, who expressed frustration over the lack of attention the Department of Justice seemed to show regarding his claims of widespread voter fraud, said Monday that U.S. Attorney General William Barr would be leaving his post by the end of the month.

Trump took to Twitter to announce that he had a “very nice meeting” with Barr at the White House. He said they had maintained a very good relationship and he performed an outstanding job in his administration.

Barr had submitted a resignation letter and addressed the 2020 presidential election and claims of voter fraud. He wrote, “At a time when the country is so deeply divided, it is incumbent on all levels of government, and all agencies acting within their purview, to do all we can to assure the integrity of elections and promote public confidence in their outcome.”

Trump’s tweet announcing the resignation seemed cordial. He said Barr will be leaving in time for the Christmas holiday and hoped to spend time with his family. Barr was also critical of those who seemed intent on removing Trump from office during his entire presidency.

He wrote that there seemed to be “no tactic, no matter how abusive and deceitful, was out of bounds. The nadir of this campaign was the effort to cripple, if not oust, your administration with frenzied and baseless accusations of collusion with Russia.”

Barr’s relationship with Trump has been loathed by many in the mainstream media. The outright hatred that Democrats have for Barr was on full display in July during his testimony in front of the House Judiciary Committee. Rep. Jerry Nadler, D-N.Y., the head of the committee let his apparent disdain show when he refused to let Barr take a break from the relentless questioning from Democrats. Barr told him, “You’re a class act.”

NPR’s report announcing Barr’s departure said his “legacy will forever be stamped by his role leading the forceful removal of peaceful protesters from Lafayette Square in Washington, D.C.” You know, the one where protesters tried to set a church on fire.

Trump said that Jeff Rosen, the deputy attorney general, will become the acting attorney general during the remainder of his presidency. Joe Biden secured his victory over Trump on Monday after the Electoral College vote even though Trump’s legal challenge is expected to continue.