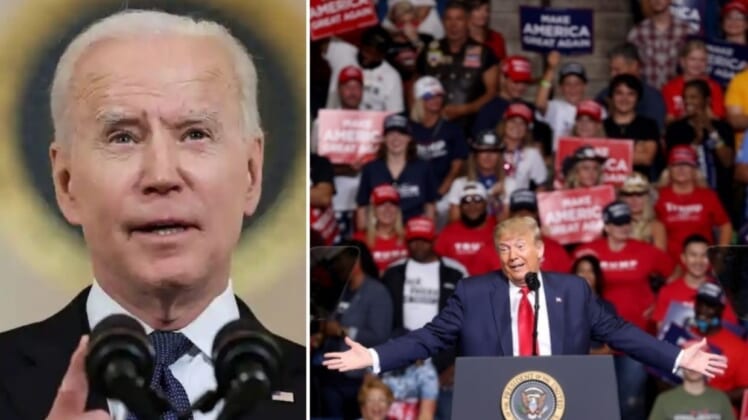 Biden make the comment in an interview with The Atlantic‘s Edward-Isaac Dovere.

“Joe Biden is not just senile. He’s a senile race agitator of the worst kind,” the Todd Starnes Show host said. “This man is not only spewing lies, he’s spewing a steaming pile of Grade-A crapola.”

Trump, at a campaign event in September 2020, spoke about his record with African-Americans, Breitbart reports.

“In the first three years, we achieved the lowest black unemployment rate in history,” Trump said. “The black youth unemployment rate reached an all time low. We achieved the largest job gains for African-Americans on record. Black Americans saw the largest increase in home ownership. The poverty rate for African-Americans reached the lowest level ever recorded.”