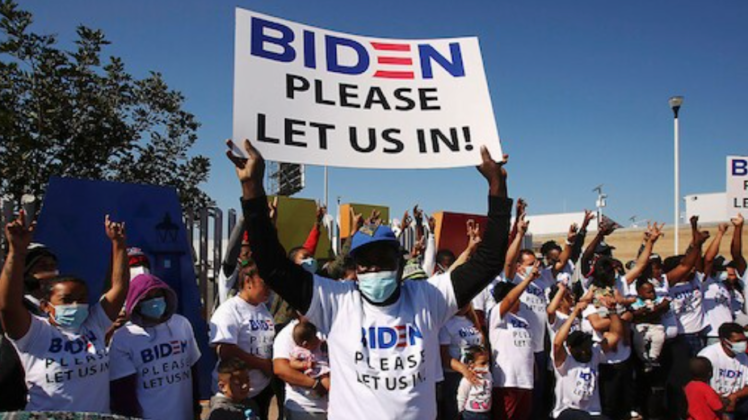 A large group of migrants arrived at the U.S.-Mexico border wearing white Biden t-shirts begging President Biden to let them in the country.

The group was photographed Tuesday at the border near California and included men, women and children wearing the shirts that looked brand new.

Information obtained by Axios reveals that it’s expected that 117,000 unaccompanied children will be crossing the border this year alone.

In addition, Axios reports that the Biden Administration doesn’t have enough beds for these children to use. President Biden was reportedly briefed about the issue, which he continues to publicly ignore.

While the Trump Administration was hammered for putting children in cages, the Obama Administration actually started the practice. Meanwhile, the Biden Administration is responsible for the very thing they so vocally opposed:

The hypocrisy is endless with the Left.

Also, I noted in the photographs of the migrants that many of the people were wearing new-looking tennis shoes and bags. This appears to be a staged show. The question is, who is behind it?