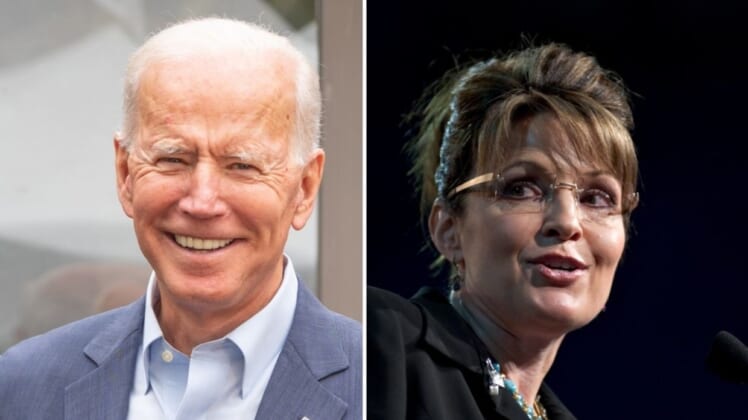 In his speech at the signing of the infrastructure bill, President Joe Biden took a swipe at former Alaska Gov. Sarah Palin, but got the famous ”Saturday Night Live” quote attributed to Palin wrong.

As he recalled his time working with state governors as vice president during the Obama administration, Biden said that ”I spoke with county executives and every governor, save one. I won’t mention that. Save one. She can see Alaska from her porch.”

Biden was referring to the ”SNL” sketch mocking Palin in which actress Tina Fey, who played Palin, said, ”I can see Russia from my house!”

Palin never actually said this, but the quote was widely attributed to her.

After being chosen by Sen. John McCain to be his running mate in the 2008 presidential election, Palin told ABC News anchor Charlie Gibson that ”you can actually see Russia from land here in Alaska, from an island in Alaska.” Read more at Newsmax.

TRENDING: Is Jill Biden Trying to Throw Harris Under Bus to Protect Hubby?