Biden Campaign: “Under No Scenario Will Donald Trump Be Declared a Victor on Election Night” 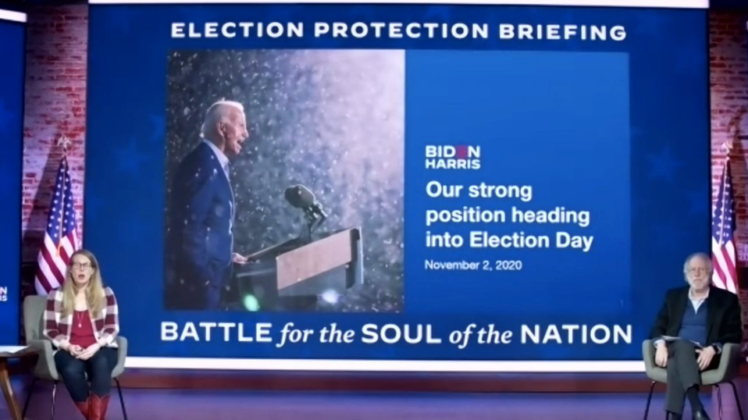 The Biden campaign says there will not be a winner declared in the presidential race on Election Night – especially if the winner is President Trump.

“Under no scenario will Donald Trump be declared a victor on election night, and we think that’s very fundamental on how we want to approach tomorrow,” campaign manager Jen O’Malley Dillon said. “Trump is going to try to go out there and declare victory in an unfounded way, at an early point.”

Tune in as my campaign manager @jomalleydillon and campaign adviser Bob Bauer discuss what to expect on Election Night. https://t.co/5E8k22TbOG

Really dangerous stuff they are toying with here. Be a good idea to walk that back. pic.twitter.com/9lUgRJvqwn

BREAKING: Biden's campaign manager just said "Under no scenario will Donald Trump be declared a victor on election night"

They have no say in that process.

It is not ok for a campaign to delegitimize election results like this, regardless of which party is doing it.

"Jen O’Malley Dillon, the campaign manager for Democratic presidential candidate Joe Biden, said that 'under no scenario will Donald Trump be declared victor on election night.'"

Do you see what they're setting up? They cannot be allowed to steal this.https://t.co/Ae8lyJPJF5