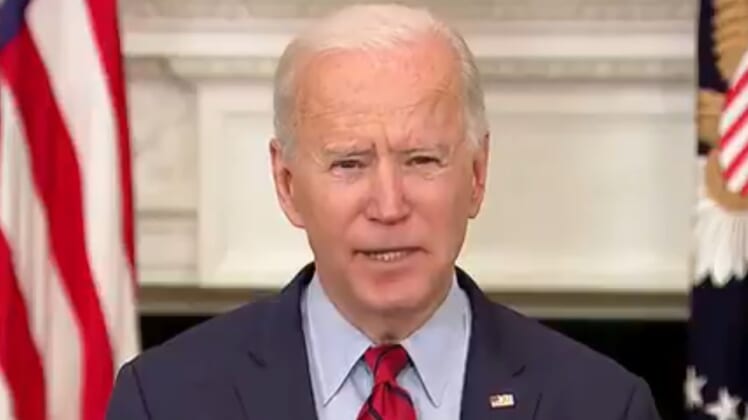 BREAKING: President Biden called for a gun ban in his first remarks on the Boulder, Colorado mass shooting that left 10 dead.

Biden said he didn’t “want to wait another minute, let alone an hour,” to act on gun violence.

“The Senate should should immediately past the two House-passed bills that close holes in the background check system … we should also ban assault weapons in the process,” the Democratic president said.

“I got that done as a senator. It brought down mass shootings, we can do it again,” Biden said.

He also called on the Senate to pass two House bills that closed loopholes on background checks, including the Charleston loophole.

In tweeted remarks, Biden said, “Less than a week after the horrific murders of eight people in Georgia, another American city has been scarred by gun violence.”