Sheriff Chuck Jenkins: Biden is Turning Every County into a Border County 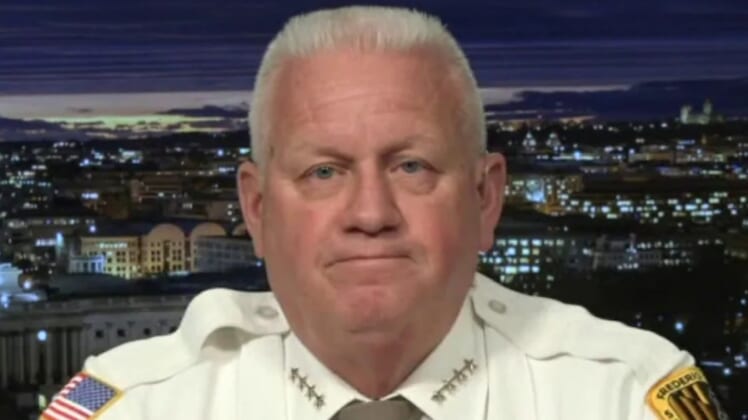 Frederick County, Maryland Sheriff Chuck Jenkins said he has very deep concerns about the Biden administration not allowing US Immigration and Customs Enforcement to do their job in securing the border or deporting criminal illegal aliens.

Jenkins made his remarks during an interview Tuesday on the Todd Starnes Radio Show.

“We have no border enforcement, no interior enforcement,” said Jenkins. “The problems that we have seen over the past many years are only going to increase.”

During the Trump administration, border security was a top priority and part of that was building a wall on the southern border.

The Biden administration is rolling back Trump’s immigration policies by not allowing ICE to arrest and deport convicted drug criminals. Biden has also halted deportations and this has resulted in criminal aliens being allowed to stay in the country.

“What the president has done with this order is functionally totally dismantle ICE,” said Jenkins.

Jenkins said in his interview he suspects in the future that the public won’t know what ICE is doing. Many will reduce in numbers through attrition and many will be moved to other departments in homeland security.

Starnes and Jenkins both said on air that they are for immigration as long as it is done legally.

“If you want to come to this country you do it legally,” said Starnes. “ But too many people are being killed on American soil by illegals and that has got to stop.”

Jenkins and Starnes agreed that unless there are some serious crackdowns on illegal immigration, every county is going to become a border county.

“Every sheriff in this land, every police chief, every elected congressman, senator, had better stand up and say “Mr. President, this can’t happen,” said Jenkins.