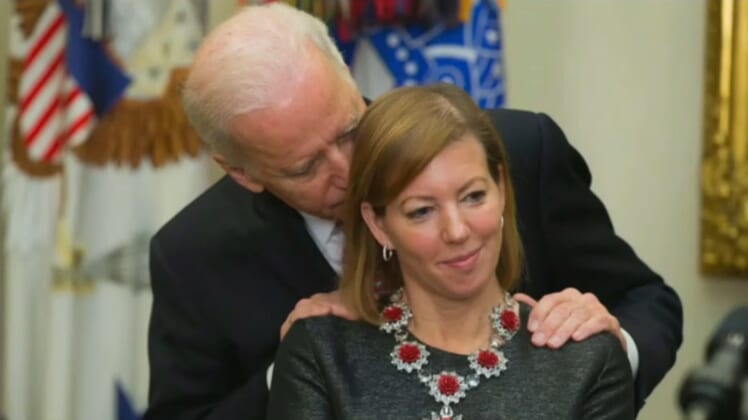 President Joe Biden stopped a video conference with Arizona health care workers to compliment a veteran nurse’s looks, which some are calling “creepy” and “cringy.”

“Are you a freshman at the university?” Biden asked.

Hayes, who revealed she has been a registered nurse for nine years,  graciously said no but Biden continued: “You look like a freshman.”

“And you’re a — a nurse?” Biden said on the video call, which was streamed publicly.

“I am, I’m a nurse. I’m an RN. I’ve been an RN for about nine years now,” she said. Registered nurses typically have at least two years of college education or a bachelor’s degree.

The president replied: “I know having been a significant consumer of health care, I can tell — I know the vice president knows this, when I say it — doctors let you live, nurses make you want to live. If there’s any angels in heaven, they’re all nurses, male and female. And that’s not an exaggeration. That’s the God’s truth.”

This comes after “Saturday Night Live” host Colin Jost made a joke about Biden pushing the $1.9 trillion stimulus plan without Republican support.

“Because this economy needs a massage and Joe Biden isn’t waiting for permission,” Jost said.

Biden was forced to put out a video at the start of his presidential campaign acknowledging he has made women “uncomfortable” and promised to be “much more mindful” going forward.