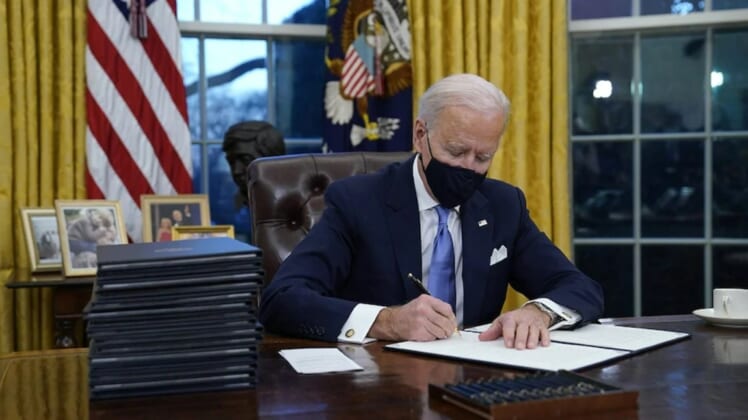 President Biden’s first weeks in office are causing religious liberty organizations to brace for an onslaught of attacks on the First Amendment.

“It’s hard to keep up,” Dys said. “There’s such a fire hose of executive orders coming out of Washington right now that it’s difficult to figure out which one to shoot at first.”

Biden has issued a record number of executive orders, more than the past five presidents did in their first 100 days combined.

“There’s an undoing of a lot of the great work that the Trump administration had done and that really concerns issues that are going to come to the top later on,” Dys explained.

As an example, the religious liberty attorney pointed to the Department of Labor under Trump protected faith-based businesses that contract with the federal government “like those who put together those little packets of communion wafers and wine to provide for our men and women in the Armed Forces when they’re on deployment in other places.”

Dys told host Todd Starnes those protections are now in question and is “worried” it is being rolled back.

“First Liberty Institute is paying attention to every one of those and we’re working together with others on a plan to continue to push back to preserve religious liberty for all Americans,” Dys ensured listeners.