Biden Says White Supremacy, Not Antifa or BLM, is Greatest Threat to Nation 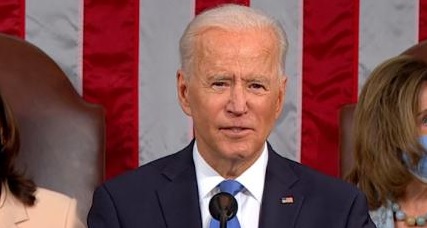 The following is a transcript of Todd’s morning radio commentary:

President Biden’s address to Congress went about as well as expected. A low-energy speech delivered to a small crowd of vaccinated people still wearing face masks.

The president turned heads when he announced that the most lethal terrorist threat to our homeland is white supremacy.

He made no mention of Antifa or Black Lives Matter – two domestic terrorist groups responsible for burning down hundreds of buildings and injuring an untold number of police officers.

The president did not provide a shred of evidence to back up his claim.

President Biden did reference the attack on the U.S. Capitol building in January. Says it was the greatest attack on American democracy.

Be sure to download my free daily newsletter and my all-new podcast at ToddStarnes.com.