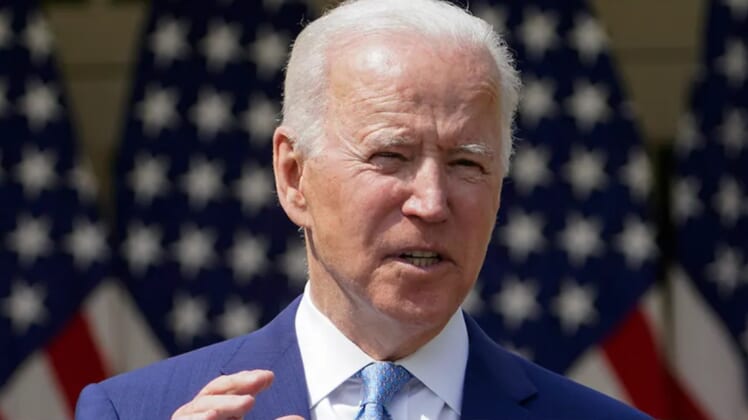 Biden signed an executive order Friday creating a panel to study court-packing, something he promised during the campaign.

CLICK HERE TO LISTEN TO TODD’S PODCAST WITH CHARLIE KIRK AND SEBASTIAN GORKA!

“This is a coup on the Supreme Court,” he said, explaining court-packing, adding justices to the Supreme Court to get the political results you want, destroys the highest court in the land, the rule of law, and wipes away constitutional rights.

“You have whatever right the party in power wishes you to have, because if they want to take away that right, whether it’s the First Amendment, Second Amendment, whatever, they just have to add as many justices they need to get to result that they want to get to,” Shackelford explained.

Justice Stephen Breyer, one of the most liberal justices, spoke out against court-packing last week in a speech at Harvard Law School.

President Franklin Roosevelt attempted court-packing in 1937 and 1938 but the controversial move backfired on Democrats, who held majorities in the Senate and House.

“So when people understand what this is, they will not like it,” Shackelford said. “But I think they think they can get away it because people don’t know what’s going on with what they’re trying to do.”

He said Argentina did it and eight minutes late lost their country.

“Venezuela did this in 2015, and now we see under Chavez, and now Maduro, we’ve seen what government you get with this,” Shackelford said. “Since they’ve done that, Todd, they have had 45,000 decisions from their courts. Not a single decision has been against the president. This shows you where this leads.”

The founder of First Liberty warned Leftists are trying to use it to reform the U.S. with a “recipe for tyranny.”

“We’ve got to do everything in our power to make sure this doesn’t happen or we won’t have this country anymore,” Shackelford concluded.

LISTEN TO THE FULL INTERVIEW WITH KELLY SHACKELFORD BEGINNING AT 32:00 ON THE PODCAST: