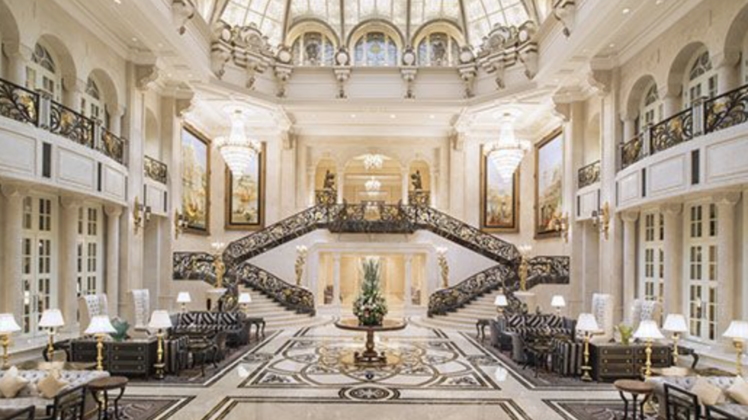 Axios first reported that a Texas-based non-profit will oversee the project — housing illegals in hotels near the border in Arizona and Texas.

“Biden is putting illegal aliens up in hotel rooms paid for with your tax dollars,” Rep. Matt Gaetz (R-FL) wrote on Twitter. “Trump put them on plane back to Guatemala.”

Immigration and Customs Enforcement will provide medical care, food service, social workers and China Virus testing — all paid for with your hard-earned money.

Acting ICE Director Tae D. Johnson said in a statement to The Hill that the agency signed a short-term $86.9 million contract with Endeavors to “provide temporary shelter and processing services for families who have not been expelled and are therefore placed in immigration proceedings for their removal from the United States.”

PRESIDENT TRUMP: Our Country is Being Destroyed

The feds say that hotel rooms are a safer option than border patrol stations.

So, not only is the border open, ICE will leave the light on for you.

“Our border is not open,” Johnson said. “The majority of individuals continue to be expelled under the Centers for Disease Control’s public health authority.”

What are they doing – housing everybody at the Ritz Carlton? Why not put them up at the Hampton Inn? Not only will it safe taxpayers a few pesos, but they’ll even throw in a free breakfast.

Sadly, the average American citizen can’t afford a family trip to Dollywood – even with the paltry $1,400 handout from the Biden Administration.

Unless, of course, the Ritz Carlton is offering a “Stimulus Check” weekend getaway.