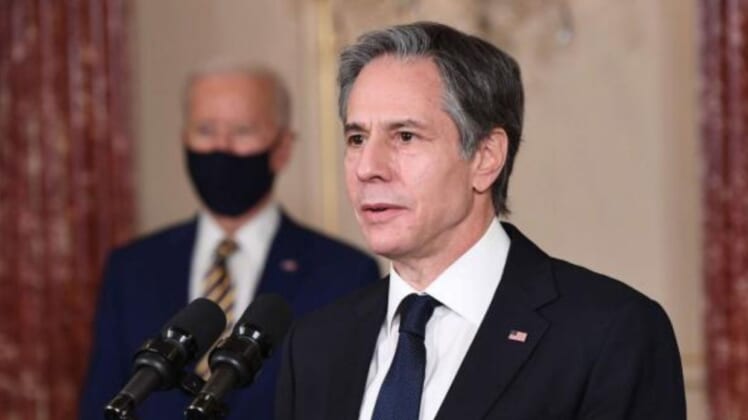 Secretary of State Antony Blinken admitted Sunday on ABC News that although Iran is supporting terrorism in the Middle East, the Biden administration wants to reinstate the Iran nuclear deal torn up by former President Trump.

“An Iran with a nuclear weapon or with the capability to build one in very short order is going to act with even greater impunity in those areas, which just adds to the urgency of trying to put the nuclear problem back in the box that the nuclear box put it in, and of course, many of these actions are going forward now while the, you know, and have gone forward over the last few years under the so-called maximum pressure being exerted by the previous administration and clearly did not get the result we all seek which is to curb all these activities, but the first thing we need to do is put the nuclear problem back in the box and see if Iran will come back into compliance with the JCPOA,” he added. “That’s what we’re engaged in, and use that as a platform to build on and deal with these other issues.”

Blinken’s comments come as Iranian officials agree to give $30 million per month to terrorist group Hamas in Gaza in exchange for intelligence on Israel, an Israeli TV network reported Monday.

WATCH THE FULL CLIP BELOW: