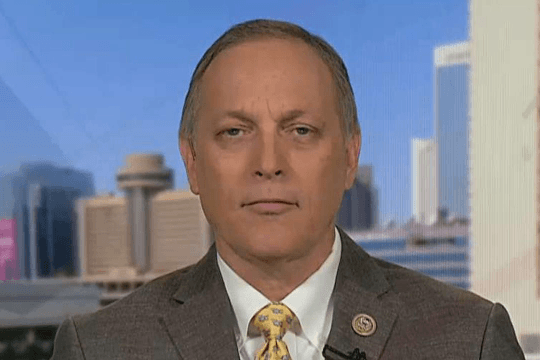 Rep. Andy Biggs, the chairman of the House Freedom Caucus, told the “Todd Starnes Show” on Monday that it is frustrating to watch some fellow Republicans abandon ship while President Trump’s legal team prepares its case claiming widespread voter fraud.

Biggs warned that if Democrats end up taking the White House and the Senate, they will grab hold of power and design a system where they may never be defeated in an election again.

Todd Starnes, the host of the radio program, said that there is an element of maintaining blind faith when it comes to trusting the allegations of voter fraud by Trump and his legal team. Sidney Powell, one of the lawyers on Trump’s team, said in an interview last week that she is prepared to “release the Kraken” when she exposes the fraud.

Biggs said Trump and his legal team are working around the clock to try and correct the situation and said he will remain hopeful until there is “no more oxygen left in the coffin.”

“I hate to say that we’re, kind of relying on the courts at this point but,” he said. Biggs, an Arizona Republican, said that the legal team is still aggregating evidence to make its case.

Starnes said that it was his hope that Trump would teach Republicans how to fight against Democrats and not capitulate due to fears of being called a racist, sexist or other favorite adjectives.

“I think, to a good measure, he has,” Starnes said. “But there are so many others who just did not buy into that.”

Biggs said that Democrats try to talk about coming together as a country, and “healing,” but he said they really mean that Americans will follow their instructions like a good dog.