Boebert: Omar Hung Up After I Asked Her to Apologize for Anti-Semitic Rhetoric 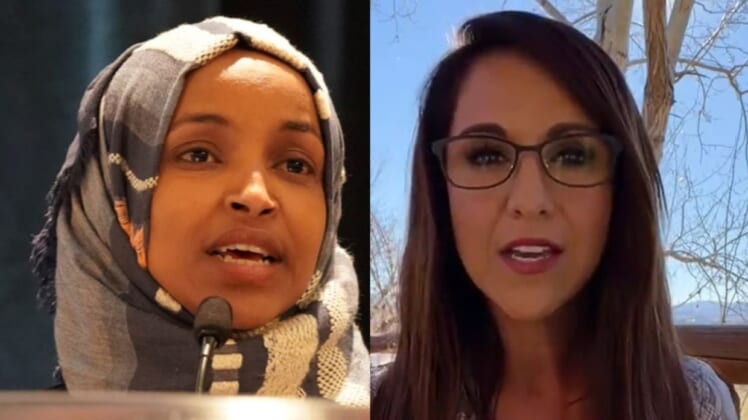 Rep. Lauren Boebert (R-CO) said Rep. Ilhan Omar (D-MN) hung up on her after she asked her to apologize for anti-Semitic rhetoric during a phone call Monday.

Boebert called to apologize to Omar for joking last week that a Capitol Hill police officer mistakenly identified her as a terrorist in the elevator.

“I apologize to anyone in the Muslim community I offended with my comment about Rep. Omar. I have reached out to her office to speak with her directly,” Boebert said. “There are plenty of policy differences to focus on without this unnecessary distraction.”

After apologizing during the phone conversation, the Colorado conservative said the Squad member repeatedly asked for a public apology.

“Rejecting an apology and hanging up on someone is part of cancel culture 101, and a pillar of the Democrat Party,” she added.

But Omar put out a press release with a different version of the story.

“Instead of apologizing for her Islamophobic comments and fabricated lies, Rep. Boebert refused to publicly acknowledge her hurtful and dangerous comments. She instead doubled down on her rhetoric and I decided to end the unproductive call,” Omar said.

“This is not about one hateful statement or one politician; it is about a party that has mainstreamed bigotry and hatred. It is time for Republican Leader McCarthy to actually hold his party accountable,” she added.