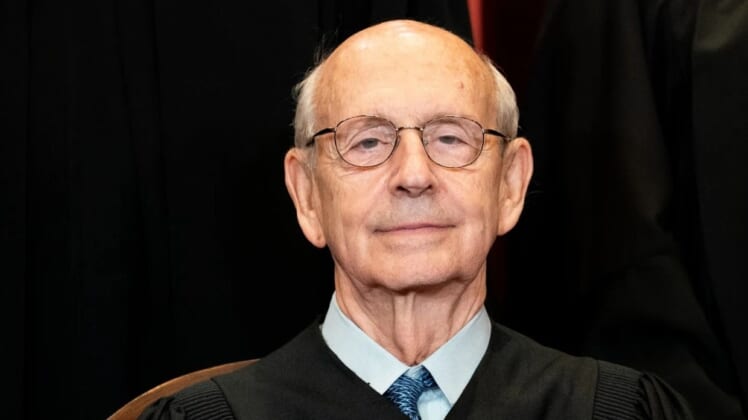 President Biden will have a chance to nominate his first justice to replace the liberal justice, who is set to retire at the end of the court’s term later this summer.

Breyer, 83, is the court’s oldest member and one of three liberal members who has served for more than 27 years after being nominated by President Bill Clinton in 1994.

Liberal activists have been advocating for him to retire while Democrats hold control of the White House and Congress ahead of the 2022 midterms to maintain the 6-3 split between conservative and liberal justices.

“Breyer Retire. It’s time for a Black woman Supreme Court justice,” the group Demand Justice said last year on a truck that was driven around D.C.

Former President Trump was able to nominate three justices to the Supreme Court.

National radio host Todd Starnes told listeners during the show sources told him in weeks prior that a justice was rumored to retire to give Biden the opportunity.

“My theory is that Biden nominates Kamala Harris to the Supreme Court…to give Democrats a chance to put someone in that vice president slot,” Starnes added. “It could be Hillary Clinton. It could be Michelle Obama. It could be Pete Buttigieg, etc.”