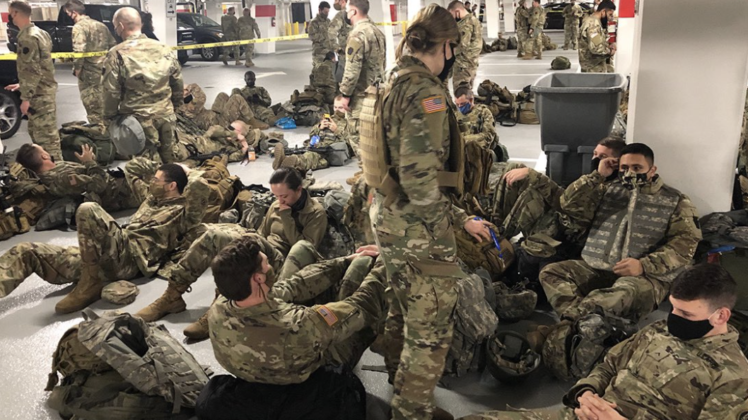 Gov. Greg Abbott ordered Texas National Guard troops to pack up and leave Washington, D.C. just hours after a report surfacing alleging that troops had been told to vacate the U.S. Capitol.

“I have instructed General Norris to order the return of the Texas National Guard to our state,” the governor wrote on Twitter.

Politico reports that thousands of National Guardsmen were forced to vacate congressional grounds on Thursday and are now taking their rest breaks outside and in nearby parking garages.

I have instructed General Norris to order the return of the Texas National Guard to our state. @TexasGuard

“Yesterday dozens of senators and congressmen walked down our lines taking photos, shaking our hands and thanking us for our service. Within 24 hours, they had no further use for us and banished us to the corner of a parking garage. We feel incredibly betrayed,” the Guardsman said.

The news outraged members of Congress who demanded to know the person responsible for evicting the troops.

“I happily volunteer my DC office for the National Guard to bunk,” he said. “It‘s not big, but we’ve got Southern hospitality. The Guard deserves better accommodations & sanitary/safe conditions. Not to mention phone chargers to call family!”

Republican lawmakers also suggested that the troops had been used by Democrats for a photo-op and then discarded.

“Speaker Pelosi and Majority Leader Schumer—why are American troops who are tasked with keeping security at the Capitol being forced to sleep in a parking lot? They deserve to be treated with respect, and we deserve answers.” House Minority Leader Kevin McCarthy wrote on Twitter.

MILITARY SOURCE IN DC:
“For the last week my battalion has been sleeping on the floor in the Senate cafeteria. Today the Senate kicked us out & moved us to a cold parking garage.
5000 soldiers.
1 power outlet.
One bathroom.
This is how Joe Biden’s America treats solders.”