BREAKING: Trump Says He Would Consider Dumping Pence for DeSantis 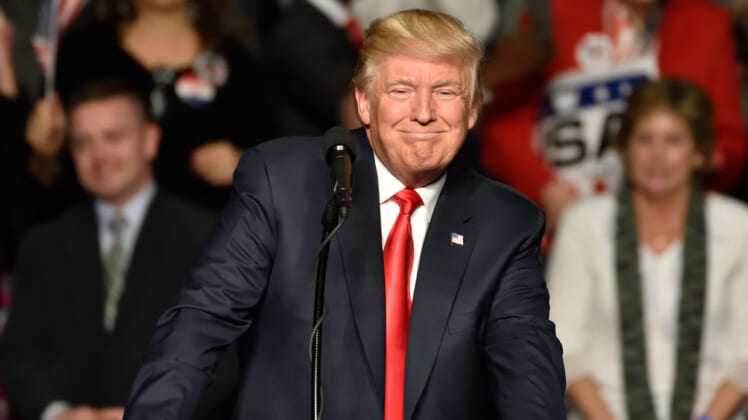 Former President Trump said Monday he would consider tapping Florida Gov. Ron DeSantis (R) as his running mate if he runs again in 2024.

“Sure I would,” Trump said when asked by Fox Business host Stuart Varney. “But, you know, there are numerous people that are great. I would certainly consider Ron. I was at the beginning of Ron. I was the first one to endorse him when he came out as a congressman that a lot of people didn’t know and my endorsement helped him tremendously and I know him very well. He’s a great guy.”

Trump’s comments come after he told Fox News he was not ready to re-up with former Vice President Mike Pence.

“We have other great people, I mean you look at some of the people, the Republican people, that have done a great job with states,” he added.

WATCH THE FULL FOX BUSINESS INTERVIEW WITH TRUMP BELOW: