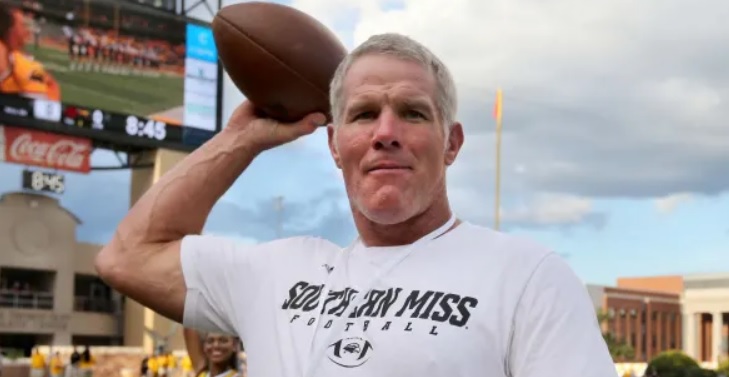 The former Green Bay quarterback spoke out Sunday on “The Andrew Klavan Show” of the Daily Wire.

“I think both sides, for the most part, want to see it just remain about the sport, not about politics. At least, that’s my interpretation,” the Hall of Famer said.

“I want to watch all the important parts of the game, not what’s going on outside of the game, and I think the general fan feels the same way,” he said.

Favre, who played 20 seasons in the NFL, added: “I can’t tell you how many people have said to me, ‘I don’t watch anymore, it’s not about the game anymore.’ And I tend to agree.”

His comments came days after Major League Baseball moved the All-Star Game out of Atlanta to Denver over Georgia’s voter ID laws.

The all-star athlete opened up about the pushback he got for supporting former President Trump in 2020 and said he found it troubling players were kneeling for the national anthem.

“It’s really a shame that we’ve come to this,” he said. “Something has to unify us, and I felt like the flag, standing patriotically — because blacks and whites and Hispanics have fought for this country and died for this country. It’s too bad.”

WATCH THE FULL INTERVIEW WITH BRETT FAVRE BELOW: