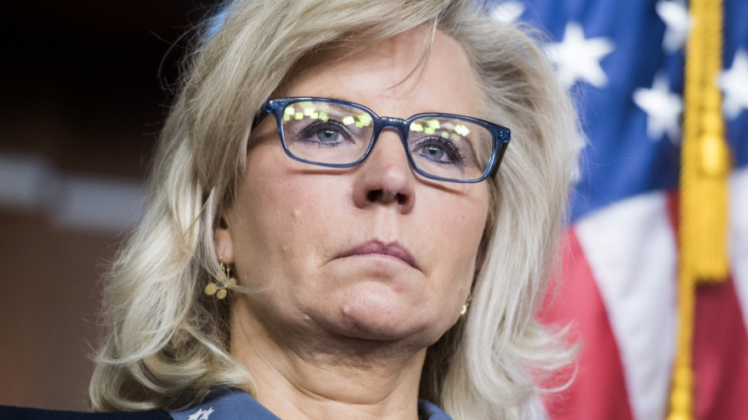 Rep. Liz Cheney (R-WY) might want to update her resume according to a newly commissioned poll that shows an overwhelming number of Wyoming Republicans are infuriated after she voted to impeach President Donald Trump.

“It is clear, Wyoming voters are going to hold Cheney accountable on the ballot. Only 13% of general election voters would vote to re-elect Cheney. Her re-elect score drops to 10% among Republicans and 6% among Trump voters,” said Trump pollster John McLaughlin.

The survey, commissioned by the former president’s political team, paints a bleak picture of Cheney’s political standing as she faces fierce backlash from Trump supporters over her impeachment vote, with House conservatives mounting an effort to oust her from party leadership, the Wyoming Republican Party condemning her, and primary challengers lining up, Politico reports.

“Liz Cheney’s decision to vote to impeach President Trump makes her extremely vulnerable,” McLaughlin writes to Jason Miller, the former president’s senior adviser, in a memo outlining the results. “It is evident her ratings are in bad shape among general election voters and have collapsed among Republicans and Trump voters.”

“We have to see our leaders for who they truly are,” Gaetz said. “Now, Liz Cheney mocks me for wearing makeup during my television appearances. Makeup only hides the imperfections of the skin; it does very little to conceal the soulless corruption of Washington, D.C.”

“You could send a representative who actually represents you, and you could send Liz Cheney home, back home to Washington, D.C.,” Gaetz said.

Rep. Cheney is about to learn a very important lesson about Washington, D.C. — all politics is local.

Cheney Must Go: @MattGaetz says Liz Cheney must be removed because she no longer speaks for republicans or republicanism #MAGA #AmericaFirst #Dobbs pic.twitter.com/6c5WTp4W7a