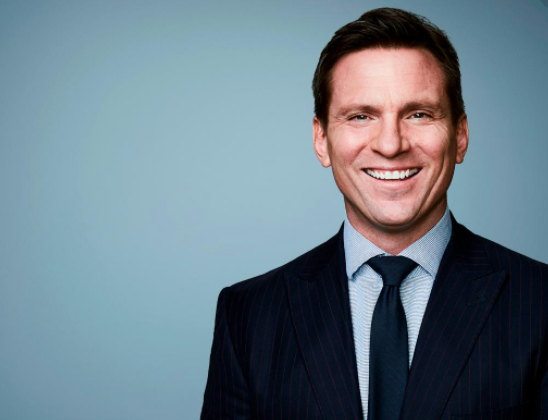 And mainstream media reporters wonder why they are loathed by so many Americans.

Bill Weir, apparently a reporter at CNN, was panned on social media for what some users called out as blatant sexism after he suggested that Sen. Kelly Loeffler, R-Ga., owes her success to marrying into wealth.

Weir linked to a tweet shared by Loeffler that included part of an interview where she talked about her life and how she is an example of the American Dream. She told her followers that she went from “the farm to the Fortune 500.”

“I Want Georgians to have the same freedom & opportunities I had. and it won’t be possible if we go down the road to socialism. We must hold the line and protect the American Dream,” she said.

Weir responded, “Good news, Georgia! If you live on a farm, you now qualify to marry the Chairman of the New York Stock Exchange!”

Loeffler’s husband, Jerry Sprecher, is the CEO of the company that owns the New York Stock Exchange. Forbes magazine estimated that the couple’s net worth is about $800 million, which would make her the richest senator.

Donald Trump Jr. responded to Weir’s tweet, saying, “Well, this is amazingly sexist, but if it’s channeled towards a conservative I guess that’s OK. Kelly Loeffler is significantly more accomplished than Bill Weir by a factor of about 1 billion with or without marriage, but demean her success story anyway…it’s what CNN does.”

Weir’s comment will, no doubt, be overlooked because it plays well for those who harbor jealousy and resentment.

News reporters no longer try to pretend they’re unbiased observers, and their claws are out since all eyes are on the Georgia runoff elections that will determine which party controls the Senate.

Weir also just announced a book deal, so there is, of course, the tried-and-true method of trying to become relevant at all costs prior to launch. It seems as though Jim Acosta, one of Weir’s colleagues, has cornered the network’s market on anti-Trump pamphlets.