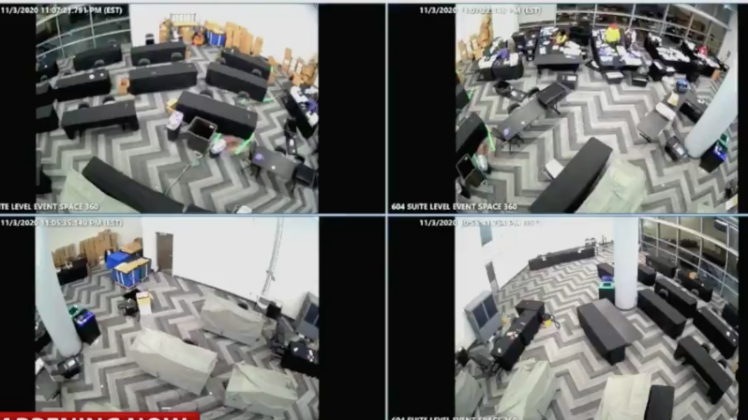 It is virtually impossible for the American public to take CNN’s reporting seriously after listening to these tapes, he said.

During one of the 9 a.m. rundown calls Zucker went after Rudy Giuliani, the leader of the Trump legal team, and characterized his team as “crazy.”

Zucker also referred to Giuliani as a “useful idiot.”

“On the Rudy Giuliani story, this is a really important story. It gets tied to the Hunter Biden email disinformation campaign. That’s the way we do this because it’s all tied and part-and-parcel of one. I know Washington is working on putting that all together,” he said.

The outgoing CNN president said Newsmax was wrong to cover the “filth” that comes with stories on pedophilia.

“With regards to the filth that they’re spreading, with regard to the child pornography [allegations] and all of that. I do not believe that we should be covering those allegations even if they’re out there on Newsmax,” he said.

He also said to his CNN employees not to assume that these sorts of tweets from the president would hurt his approval rating among his supporters.

“Each of these so-called ‘scandals’ for Trump, each of these things — we should just once again be careful to say that this is the one that is going to undo him with his voters,” he said. “We always think that, but we need to make sure we have a sense of what’s going on out in the country and not just listen to Twitter.”

One of the participants in a CNN 9 a.m. rundown call credited the NFL for having “better” COVID-19 policies than the current administration.

“As I was reading through the comments, Jim Acosta [was] talking to people in the crowd at the [Trump] rally last night, and obviously seeing all those pictures of no social distancing and very few people with masks on, et cetera. The contrast to the football game last night, where, lots of masks, people socially distanced,” he said.

“The whole plan in place to protect the fans, the players, the referees, the coaches, everybody, you know, Andy Reid wearing a face shield on the field and the NFL, you know, it’s an example of like — if the NFL was running the government, then things would probably be in much better shape than they are.”