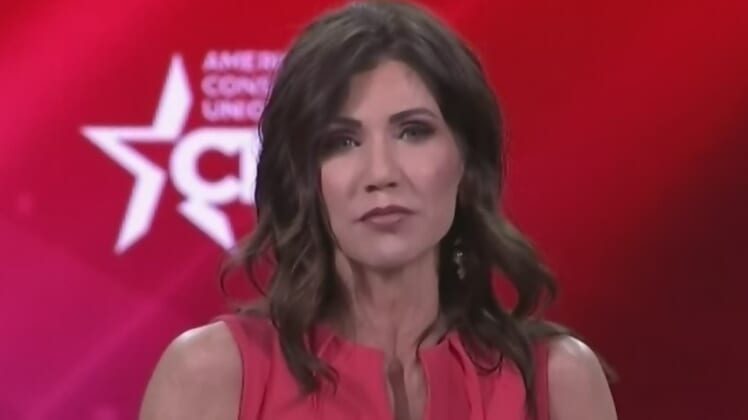 The future of the Republican Party was on full display at the Conservative Action Political Conference (CPAC), according to Liberty University Journalists who covered the event.

“It was interesting talking to different leaders in the party right now and they’re progressively getting younger,” said Graves. “They’re being led by people like Matt Gaetz and Madison Cawthorn. We saw a lot of diversity in skin color and women getting onstage. Witnessing that firsthand especially as three conservative women was interesting.”

The Liberty journalists discussed the leaders in the Republican party they admire, particularly the conservative women who spoke at CPAC.

“When you look at the 2020 congressional races, this was a huge victory and a huge win for women in the Republican Party,” said host Todd Starnes.

Starnes discussed with the guests the importance of having female role models in the GOP such as Noem and former U.S. Ambassador to the United Nations Nikki Haley.

“It’s really important for us to have someone to look up to in that way,” said Nelson. “It’s inspiring. We even were able to talk to Marsha Blackburn as well. After a conversation with her, it was really encouraging and inspiring. It may lead to one of us wanting to be in politics one day.”

Troutman, Graves, and Nelson said CPAC was a good experience because they got to learn how to conduct interviews on the spot and work quickly on their feet. Hattie shared how her faith has helped her be honest in her journalism profession.

“We’re just living out our value of being truthful, honest people,” said Troutman. “Ultimately we profess the name of the Lord and He commands us to live a life of truth, honesty, and faith. That definitely plays out in the way we conduct ourselves as journalists.”