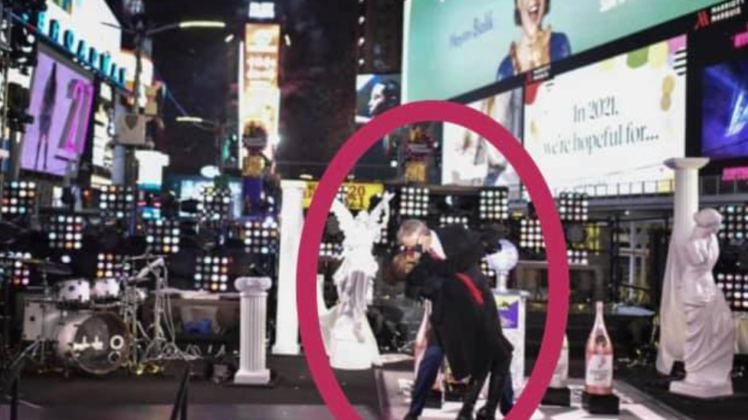 Mayor Bill de Blasio told New Yorkers and tourists that they would not be allowed to attend the annual New Year’s Eve ball drop in Times Square.

“It’s going to be actually, arguably, the most special, the most poignant, the most moving New Year’s Eve,” de Blasio, who will push the button to start the crystal’s ball descent, told reporters. “In 2021, we’re going to show people what it looks like to recover, to come back.”

But while average Americans were not allowed to attend, Mayor de Blasio and his wife showed up anyway.

And they danced on national television — with all the world watching. Rules for thee, but not for me.

And yet the people of NYC continue to elect lawmakers hellbent on turning the Big Apple into a little dictatorship.

Happy #NewYear from the greatest city in the world. pic.twitter.com/47CmOAanxD

Everybody should stay home this year. You cannot come to Times Square.

Bill de Blasio will be dancing in Times Square. pic.twitter.com/Y5oI2dQBMH