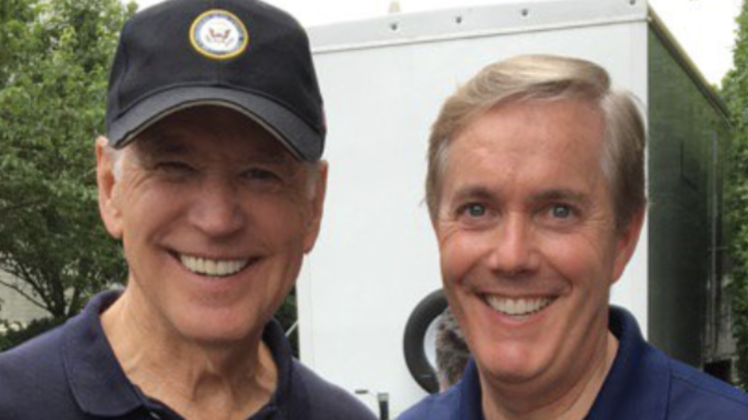 Scully interned for Biden after coming to Washington, D.C. as a student, according to Marie Claire.

He later worked as a staff assistant for the late Sen. Ted Kennedy, D-Mass., a Democratic icon who was honored at the party’s 2012 convention.

Scully also retweeted a column in The New York Times that was very critical of President Trump.

“No, not Trump. Not ever,” Scully wrote.

Chris Wallace, the moderator of the first debate, is a registered Democrat. He teamed up with the former vice president to take on the president in a cage match.

And now the guy who partied at Biden’s beach bash is going to be grilling the president during the second presidential debate.

Don’t be surprised if the Commission on Presidential Debates hauls in Michelle Obama or Hillary Clinton for future debates.

This is the guy @debates wants in control of @realDonaldTrump's mic at the next debate. https://t.co/qlUQ9fp44g

No, Not Trump, Not Ever https://t.co/PFvHTeQSZu