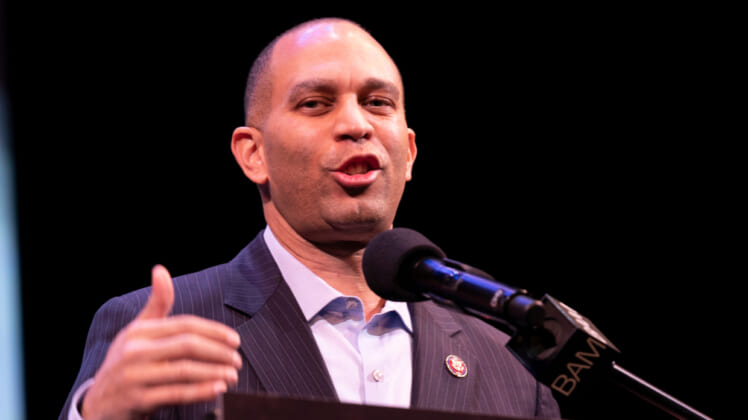 Rep. Hakeem Jeffries, D-N.Y., was called out on social media after tweeting to “Lock up Kyle Rittenhouse and throw away the key,” in reference to the armed 17-year-old who killed two people and wounded another during riots in Kenosha, Wisconsin, last year.

Jeffries sent out the message as the armed teenager’s trial was airing live on television, causing many to speculate whether his comments were appropriate as an elected official given the undetermined nature of the trial, according to Fox News.

Others mentioned Jeffries vocally called for the end of mass incarceration and the defunding of the “prison industrial complex” on the same Twitter account last year.

Rittenhouse is charged with two counts of homicide, one count of attempted homicide, recklessly endangering safety, and illegal possession of a dangerous weapon by a person under 18 – being 17 at the time of the incident. Read the full story at Newsmax.