Democrat Congresswoman Calls for Cuomo to Resign Amid Growing Scandal 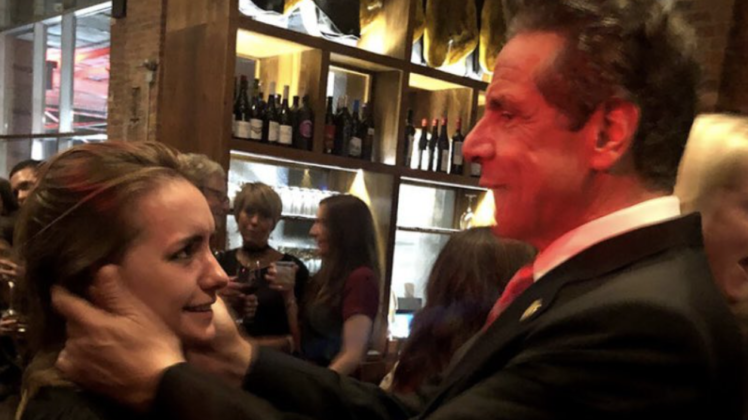 Rep. Kathleen Rice (D-NY) is calling for Gov. Andrew Cuomo to resign after a third woman made sexual harassment accusations against the scandal-plagued lawmaker.

“The time has come,” she wrote on Twitter. “The Governor must resign.”

The New York Times reported Monday that Anna Ruch — a former Obama administration employee and Biden 2020 campaign staffer — says upon meeting Cuomo at a wedding in Sept. 2019, he placed his hand on the small of her bare back, which was exposed because of the design of her dress.

The Times reported that “when she removed his hand with her own, Ms. Ruch recalled, the governor remarked that she seemed ‘aggressive’ and placed his hands on her cheeks. He asked if he could kiss her, loudly enough for a friend standing nearby to hear. Ms. Ruch was bewildered by the entreaty, she said, and pulled away as the governor drew closer.”

Breaking: A third woman has accused Cuomo of over-the-line behavior. Incredibly, a photographer caught the moment, and this look on her face: https://t.co/NnKCs1Y7WF pic.twitter.com/Smr4hNiKKp

“I was so confused and shocked and embarrassed,” said Ms. Ruch, whose recollection was corroborated by the friend, contemporaneous text messages and photographs from the event. “I turned my head away and didn’t have words in that moment.”

Charlotte Bennett, 25, told the Albany Times-Union that the governor asked her if she’d ever been with an older man, and told her he’d be interested in being with a woman her age.

“The governor has refused to acknowledge or take responsibility for his predatory behavior,” Bennett told the newspaper. “As we know, abusers — particularly those with tremendous amounts of power — are often repeat offenders who engage in manipulative tactics to diminish allegations, blame victims, deny wrongdoing and escape consequences.”

She said coming forward with her allegations was “an excruciating decision. I decided to share my story because I had faith that I would be supported and believed. This is often not the case. Sharing my experience was only possible because of past survivors who stood up and told their stories. I hope that my story helps other survivors feel like they can stand in their truth.”

Former staffer Lindsey Boylan came forward in December accusing the governor of kissing her without her consent. She also said he asked her to play strip poker during a ride on government aircraft, and singled her out inappropriately for attention that made her uncomfortable.

The time has come. The Governor must resign. https://t.co/GjcvuNfpfQ