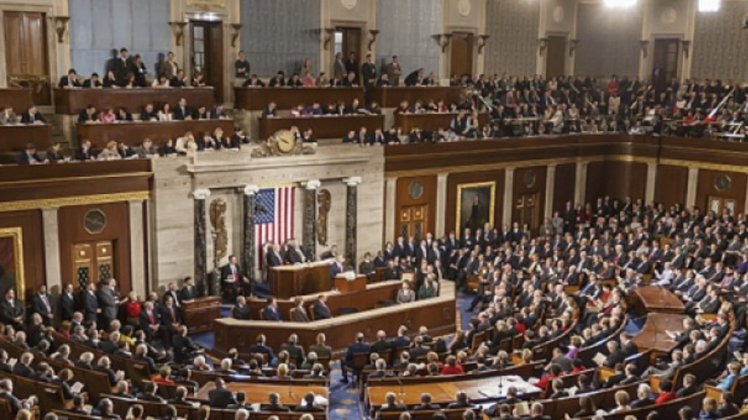 There are growing calls among Democrats to urge House Speaker Nancy Pelosi not to seat any Republican lawmaker who signed on to a lawsuit filed by Texas Attorney General Ken Paxton over the presidential election.

Rep. Bill Pascrell, Jr. (D-NJ) fired off a letter to the Speaker saying the lawsuits “seeking to obliterate public confidence in our democratic system by invalidating the clear results of the 2020 presidential election attack the text and spirit of the Constitution.”

He called on Pelosi to “refuse to seat in the 117th Congress any Members-elect seeking to make Donald Trump an unelected dictator.”

“The Actions of any of our colleagues to demolish democracy, regardless of party affiliation, must be repudiated in the strongest possible terms,” he wrote in a letter to Pelosi.

“These lawsuits seeking to obliterate public confidence in our democratic system by invalidating the clear results of the 2020 presidential election undoubtedly attack the text and the spirit of the Constitution, which each Member swears to support and defend,” he added.

Pascrell claims the actions taken by the lawmakers is a violation of the 14th Amendment.

No person shall be a Senator or Representative in Congress, or elector of President and Vice President, or hold any office, civil or military, under the United States, or under any State, who, having previously taken an oath, as a member of Congress, or as an officer of the United States, or as a member of any State legislature, or as an executive or judicial officer of any State, to support the Constitution of the United States, shall have engaged in insurrection or rebellion against the same, or given aid or comfort to the enemies thereof. But Congress may by a vote of two-thirds of each House, remove such disability.

Pelosi has not addressed Pascrell’s letter. However, she did condemn the actions of the GOP.

“Republicans are subverting the Constitution by their reckless and fruitless assault on our democracy which threatens to seriously erode public trust in our most sacred democratic institutions, and to set back our progress on the urgent challenges ahead,” she said.

Madam Speaker @SpeakerPelosi I formally request that you refuse to seat every congressional Representative who is suing to overturn a fair and legal election, as called for in the 14th amendment, section 3.

The text of the 14th Amendment expressly forbids Members of Congress from engaging in rebellion against the United States. Trying to overturn a democratic election and install a dictator seems like a pretty clear example of that. pic.twitter.com/VMnDfd0sFx

Today I’m calling on House leaders to refuse to seat any Members trying to overturn the election and make donald trump an unelected dictator. pic.twitter.com/icTmGKCpuR