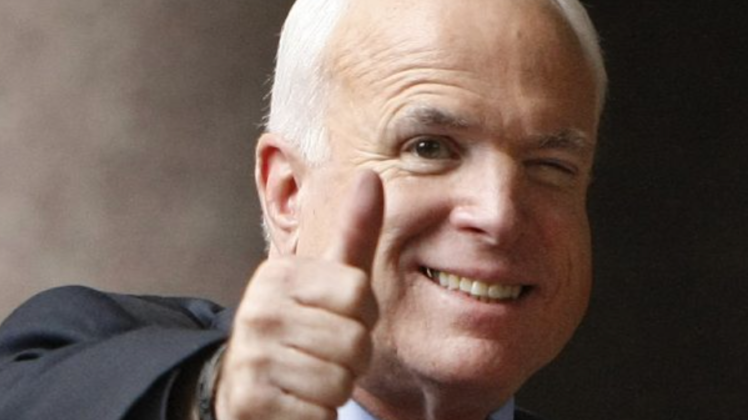 So now we know who was responsible for leaking the infamous dirty dossier that sparked the Russian collusion hoax. It was none other than the late Senator John McCain.

“Carl Bernstein (yes that Carl) called [Office of Public Affairs], said he got a ‘dossier’ from McCain,’ Strzok texted Page, who quickly replied: ‘Awesome, let Carl run it down then.’

McCain, who died of brain cancer in 2018, long ago admitted his role in the leaking of the fake dossier.

“I had an obligation to bring to the attention of appropriate officials unproven accusations I could not assess myself, and which, were any of them true, would create a vulnerability to the designs of a hostile foreign power,” McCain and co-author Mark Salter wrote in “The Restless Wave: Good Times, Just Causes, Great Fights, and Other Appreciations.”

Wait a second – McCain considered Bernstein to be an “appropriate” official?

“I discharged that obligation, and I would do it again. Anyone who doesn’t like it can go to hell,” McCain wrote in his memoir.

So let’s review what we now know to be true. Senator McCain colluded with a leftwing journalist to sabotage the presidential campaign of Donald Trump. He betrayed a member of his own political party.

Senator McCain may have served with honor in the U.S. military, but his behavior in the United State Senate and specifically the Russia collusion hoax was – quite frankly – dishonorable.