“Donald Trump Would Kill Reporters if He Could Get Away With It,” says MSDNC’s Joe Scarborough 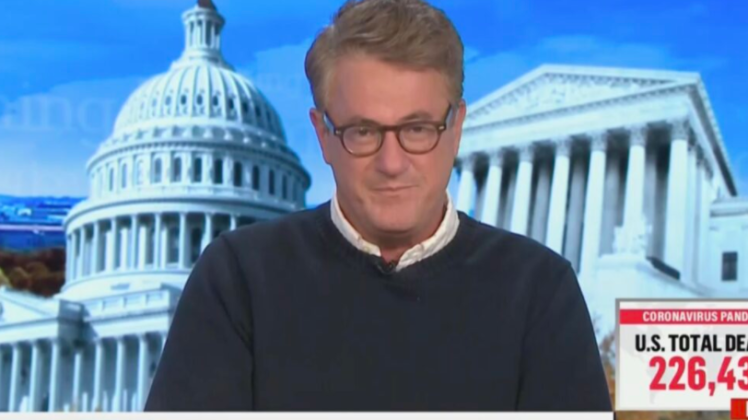 Scarborough, an unhinged Never-Trumper, made that outrageous accusation while he was providing cover for Lesley Stahl and 60 Minutes.

Scarborough thought it “fascinating that Donald Trump says it’s, quote, inappropriate for Lesley Stahl to ask tough questions,” before comparing the U.S. president to more authoritarian leaders across the Atlantic. “It’s just really fascinating at this point to look how much Donald Trump resembles an autocratic leader from Eastern Europe, whether it’s Belarus or whether it’s Russia.”

“Actually, though he kills journalists, Vladimir Putin, on camera, actually seems a little more willing to answer tough questions when they are asked of him,” Scarborough noted. “Donald Trump can’t even handle that.”

There is no evidence that Trump has a death wish against the fake news media. It should be pointed out, though, that President Obama despised the media. And he ordered his administration to conduct surveillance on journalists – including James Rosen, my former colleague at Fox News Channel.

Joe Scarborough Compares Trump to Putin: 'Trump Would Kill Reporters If He Could Get Away With It' https://t.co/8h5pcthUfd