“Don’t Let the Door Hit You Where the Good Lord Split You!” – Huckabee’s Message to Establishment Republicans 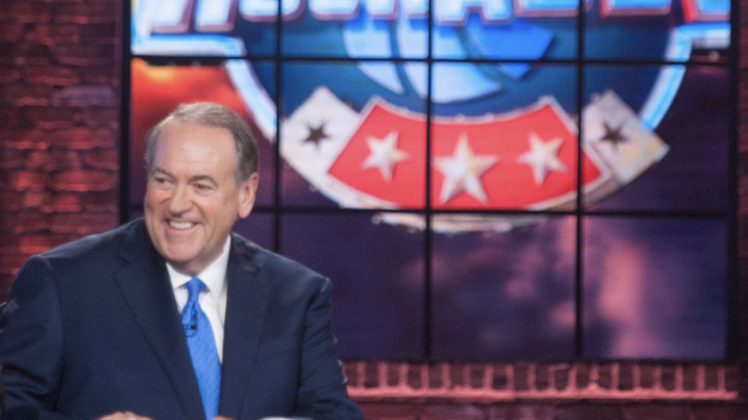 Former Arkansas Gov. Mike Huckabee said on the Todd Starnes Radio Show today that the seven Republican senators who voted to convict former President Trump should be ashamed and should consider another line of work.

He also made an interesting observation about Senate Minority Leader Mitch McConnell.

“I don’t think a lot of these people living in D.C. understand that they don’t really represent the general population of the conservative movement of the Republican Party,” Huckabee told Starnes. “Donald Trump does.”

Following is a partial transcript of the interview.

Starnes: It’s almost as if Mitch McConnell is trying to sabotage the 2022 mid-term elections and beyond.

Huckabee: I don’t think a lot of these people living in D.C understand that they don’t really represent the general population of the conservative movement of the Republican Party. Donald Trump does.

And even people who are not all that fond of Donald Trump’s personality and his tweeting appreciate the stands he took — the things that he got done better than any president in our lifetime – and the fact that he was willing to fight back when these goons and the Democratic Party and the media piled on him and blamed him for everything and gave him credit for nothing.

This is a man who kept his promises – virtually all of them – and we ought to be deeply indebted, especially in light of COVID. Operation Warp Speed has made it possible for people to get a vaccine that otherwise they would have waited 4 to 10 years to have.

Huckabee:  And I don’t hear anybody on the other side just saying, “President Trump, you know, we didn’t like a lot of things you did, but thank you for ginning up Operation Warp Speed and making it possible for these vaccines to get to the marketplace in time.”

Starnes:  You know, Governor, it does seem to me and maybe you can weigh on this. You’ve been in Republican politics for a long time. I really think that if we’re going to change the culture of the party, it’s going to have to start from the ground up. In other words, local Republican Party precincts and then working our way up the food chain. What do you think about that?

Huckabee: Totally agree. This weekend, my monologue on Huckabee TV on TBN, I talked about that. When I hear people say, “Let’s form a third party,” I’m thinking, No, we’re not leaving. We’re in the majority we’re in the overwhelming majority.

And I will say what my pastor often says when people say they’re gonna leave the church, because they don’t like something. His response is, “Don’t let the door hit you where the good Lord split you.”

His attitude is mine about the Republican Party.

Huckabee: There’s a small number of D.C. Swamp Rats that do not like what has happened – that we fought back against globalism, that we honestly think that America is a great country. We support Israel. We’re pro-life, we’re pro-family. We believe there are two genders. That’s the bulk of the Republican Party, and we think lower taxes are better.

And we don’t like the fact that the DC Swamp Rats basically surrender every time they have a chance, but they’re in the minority, and if they want to have a third party, they could do that. But frankly, they’re probably more comfortable just joining the Democrats because they vote that way a lot of the times anyhow. We saw seven of them do it Saturday,

So, we ought not to be going anywhere. We ought to say, let’s build a party. Let’s replace those that don’t like America first — that want to surrender to the media and to the Democrats and the far-left Socialists. We’re staying, and we’re going to build a bigger, better, more effective party and make sure we elect people who have the courage to stand and fight.