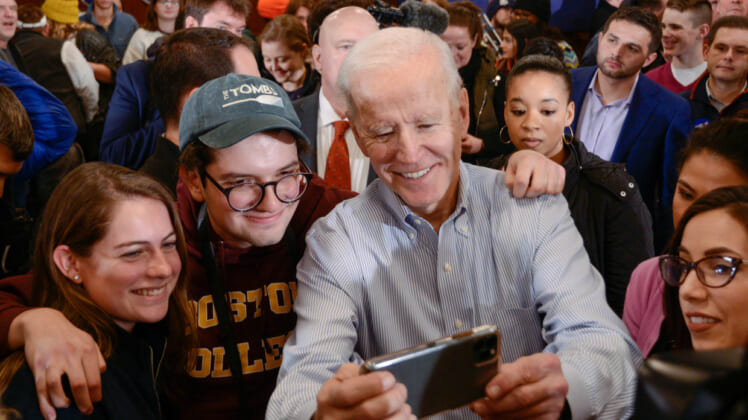 Younger Americans are less likely to approve of President Biden than older generations, according to a shocking new Gallup poll.

Biden, the oldest president to take the oath of office, began his presidency with a 60 percent job approval from Gen Z and millennials, but he has since suffered a 20-point loss with the two groups now among his lowest as of Thursday.

Aside from the oldest generation, known as Traditionalists, every generation has dropped in their approval.

Traditionalists, which have not moved since the start of Biden’s term, are the most likely to approve of Biden with 48 percent.

Among Gen Z, the least likely generation to approve of Biden’s job, only 39 percent approve and 41 percent of millennials approve.

“One reason older Americans are less likely to have changed their opinions of Biden during his time in office is that they are much more likely to identify politically as a Republican or a Democrat than as an independent,” Gallup said.

Black adults approved of Biden at 87 percent early in his presidency, but that has fallen to 67 percent, a 20 point change.

Among Hispanics, Biden’s job approval dropped from 73 percent to 52 percent, a 21-point decline.