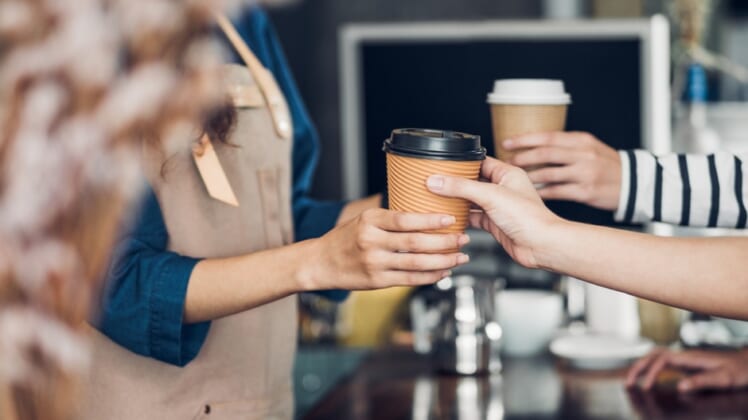 Marilyn Synek loves the coffee and crepes at Cultiva Coffee in Lincoln, Nebraska. Her weekly visits have become something of a tradition.

But on Wednesday, Ms. Synek tells me she was confronted by one of the employees who demanded that she leave coffee shop because of her conservative beliefs.

“Marilyn Synek! I didn’t recognize you until now, but I just realized who you are, what you stand for, and the work you do. You are f****** bigoted trash, and we do not want you in our restaurant,” the irate employee shouted.

It’s true that Ms. Synek is a conservative. She is employed by the Nebraska Family Alliance. She is also active in local Republican politics.

“Over 80% of the people who work here are queer. You are not f****** wanted in our restaurant, so get out and don’t come back! If you do try to come back, we will all refuse any service to you,” the employee ranted.

CLICK HERE TO ORDER TODD’S EXPLOSIVE NEW BOOK – “CULTURE JIHAD – HOW TO STOP THE LEFT FROM KILLING A NATION.”

Ms. Synek tells me she never told anyone about her political opinions in the coffee house. She just frequented the establishment because they made good crepes.

“I have always treated the employees of Cultiva with respect and courtesy,” she said. “While we, as Americans, can disagree politically, it is very important to maintain civility when interacting with people who hold different world views. Tolerance goes both ways, and the division in our current political climate will perpetuate if we neglect basic civility.”

The owners of Cultiva, who are “proudly liberal,” told the Lincoln Journal Star they fired the worker and apologized to Ms. Synek.

“We welcome everyone into our shop and do not condone the action of any employee that makes anyone feel unwelcome,” co-owner Jason Anderson told the newspaper. “Making sure people feel welcome is our goal.”

As I wrote in my new book, “Culture Jihad: How to Stop the Left From Killing a Nation,” it’s something of a sport among leftists these days to bully and badger conservatives, whether they be teenagers at a pro-life rally or a press secretary at a fancy restaurant.

Get in their faces. Absolutely harass them. That’s what Rep. Maxine Waters (D-CA) once told a mob of her supporters.

It’s a shame that our national discourse has become so coarsened. But there’s no one to blame but Democrats and their cronies in the Mainstream Media. It’s far beyond time for them to tone down the rhetoric.

As for the fired employee, she admitted she behaved in an unprofessional manner, but she has no regrets.

“Nebraskans like myself do lose our jobs, and sometimes our living arrangements, because of who we are, and people like the Nebraska Family Alliance are why,” she wrote in remarks reported by the Lincoln Journal Star.

I’m not so sure about that. It appears to me that she lost her job because she was behaving like an ill-mannered jerk.