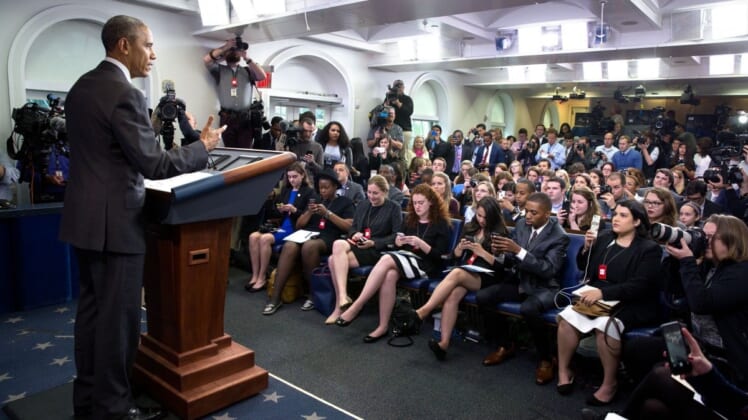 Former President Barack Obama has been holed up in his Washington, D.C. mansion smoking marijuana, eating cannabis-infused Gummy Bears and playing video games, according to an explosive new book from Edward Klein.

“He seems himself as sort of a hipster ex-president,” Klein said in a bombshell interview on the Todd Starnes Show.

Klein, the author of “All Out War: The Plot to Destroy Trump,” told Starnes the former president has resumed his pot-smoking ways.

“He smokes weed once or twice a week,” the author alleges. “He stopped while he was president, because he knew that it impaired his judgement., but he feels he can get away with it now, so why not?”

Klein said a close family friend was his source for the jaw-dropping allegations.

“Sometimes he’ll smoke in his bedroom, and sometimes in the backyard, but mostly he does it when he’s traveling,” the author wrote.

Klein said the former president has also been consuming edible versions of cannabis, from brownies to gummy bears.

As for the video games?