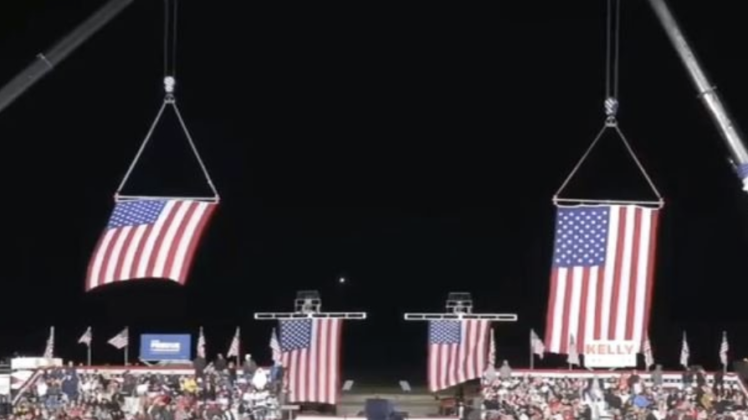 DEVELOPING STORY: Tens of thousands of people are gathering in Dalton, Georgia for tonight’s massive Victory Rally. President Trump is expected to speak at 9 p.m. and the crowd is just mind-blowing! Our team is compiling video from the event.

Thousands in line now ahead of the Georgia rally with President Trump on the eve of the Senate election #Georgia #Dalton #GeorgiaRally #TrumpRally pic.twitter.com/JfwERJ0LYU

Kimberly Guilfoyle is one of the opening acts at the Trump rally in Dalton, Georgia — and she is YELLING pic.twitter.com/rJefGp0IFS

A giant Trump flag is waved as the line forms outside Dalton Municipal Airport in Georgia this morning #Georgia #Dalton #TrumpRally #GeorgiaElections pic.twitter.com/28wdaLjfG0