Finnish Politician on Hate Crime Trial for Sharing Bible Verse: ‘I Will Not Back Down’ 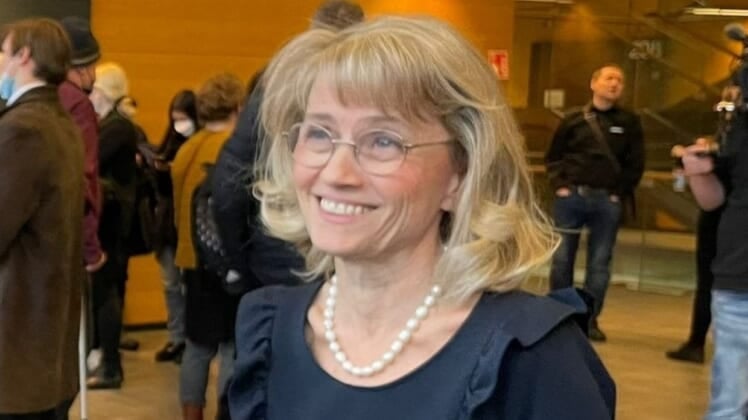 A prominent Christian politician in Finland went on trial Monday, facing hate speech charges after she questioned the national church’s sponsorship of an LGBT Pride event.

Dr. Päivi Räsänen, a medical doctor, 25-year-member of parliament and former minister of the interior, faces up to two years in prison if she is found guilty of “ethnic agitation” under the section of “war crimes and crimes against humanity” in the Finnish criminal code, ADF International, which is defending her, reports.

“I cannot accept that voicing my religious beliefs could mean imprisonment. I do not consider myself guilty of threatening, slandering or insulting anyone. My statements were all based on the Bible’s teachings on marriage and sexuality,” she said. “I will not back down from my views. I will not be intimidated into hiding my faith. The more Christians keep silent on controversial themes, the narrower the space for freedom of speech gets.”

Finland’s Prosecutor General brought three criminal charges against Räsänen over the contents of a pamphlet Räsänen wrote on these topics in 2004, for engaging in a debate on a 2019 radio show and for a tweet containing a picture of Bible verses, Romans 1:24-27, Räsänen directed at her church leadership. She is the wife of a Lutheran pastor and grandmother and was responsible for church affairs in Finland for several years.

Bishop Juhana Pohjola faces trial alongside her for publishing a pamphlet for his congregation that Räsänen wrote on the topic over 17 years ago.

In the Helsinki court, the prosecution argued that Räsänen and Pohjola expressed views discriminatory against minorities, arguing that religious freedom exists within certain boundaries. Both pled “not guilty.”

A guilty verdict, the defense explained, would appear as a de facto criminalization of the Bible verses tweeted by the parliamentarian, especially given the fact that Christianity is the national religion in Finland.

Paul Coleman, executive director of ADF International, warned about the consequences of the case for free speech in Europe, where hate speech laws are similar in other countries.

“In a free society, everyone should be allowed to share their beliefs without fear of censorship,” Coleman said. “This is the foundation of every free and democratic society. Criminalizing speech through so-called ‘hate-speech’ laws shuts down important public debates and poses a grave threat to our democracies.”

The author of “Censored: How European Hate Speech Laws are Threatening Freedom of Speech,” added, “We hope and trust the Helsinki District Court will uphold the fundamental right to freedom of speech and acquit Päivi Räsänen of these outrageous charges.”

Demonstrators came to the courtroom in support of the two Christians on trial.

“We hold the same beliefs as Päivi Räsänen but are not prosecuted today,” one person told the Christian Network Europe. “The least we can do is support her by this demonstration and show the world that many people will not abandon the Biblical truths, no matter the consequences.”

Closing arguments will resume on Feb. 14.