Giuliani: Pennsylvania is Where Dead People Go To Vote 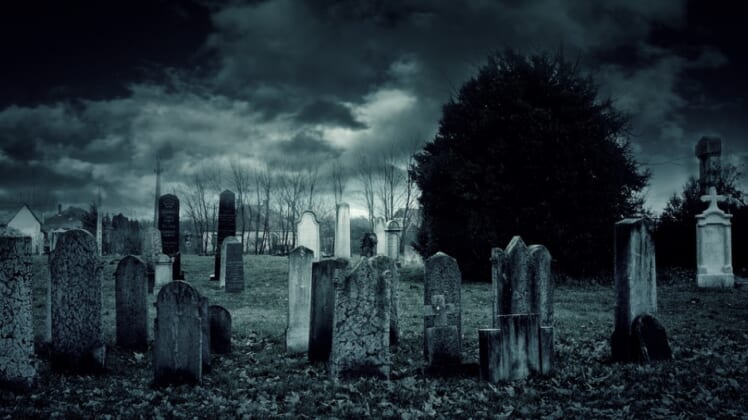 Rudy Giuliani, the personal lawyer for President Trump, told the “Todd Starnes Show” on Monday that the president’s legal team is filing a lawsuit that seeks to disqualify hundreds of thousands of votes in Pennsylvania due to allegations of widespread voter fraud.

Giuliani told Todd Starnes, the host of the program, that Trump is confident that he won the election. He said a lawsuit is also being prepared for Michigan where similar claims of unusual ballot-counting emerged. Republicans say they were kept out of these states’ counting rooms and said there have been “significant counting problems” with voting machines supplied by Dominion Voting Systems.

Giuliani told Starnes that Trump’s legal team will file a lawsuit on Monday that involves “all of Pennsylvania” and he said the suit will produce evidence that proves the Keystone State was an absolute disaster.

Just an example of how brazen the Philadelphia Democrat machine is.

I bet Biden dominated this group.

We will find out.

“The amount of fraud there is overwhelming,” he said. The former New York City mayor said that over 300,000 mail-in ballots were counted in secret in cities like Philadelphia and Pittsburgh. He said there are “direct witnesses” that support the claim and called the move would be “completely illegal.”

“Those ballots will have to be discarded, they will have to be nullified,” he said. “They’re unlawful ballots. The law of Pennsylvania requires that the Republican Party be given a chance to observe the ballot, to make sure that the mail-in ballot is legitimate. We all know how much fraud can happen with a mail-in ballot.”

Giuliani said that the lawsuit will also focus on ballots that came in on Nov. 4 and were backdated for Nov. 3, dead people casting ballots and votes that were changed after being cast. He said the suit will contest that the vote in Pennsylvania should not be certified until these ballots are removed, which would be more than enough to make Donald Trump the winner.”

“Donald Trump won a substantial number of the lawful votes in Pennsylvania,” Giuliani said. “They were discounted by unlawful votes that were, in essence, counted behind closed doors. That’s how he went from up 700,000 on election night to losing by 40,000.”

Giuliani said Pennsylvania has a history of voter fraud that goes back 60 years.

“Philadelphia is apparently a place where you can vote many years after you are dead,” Giuliani said.