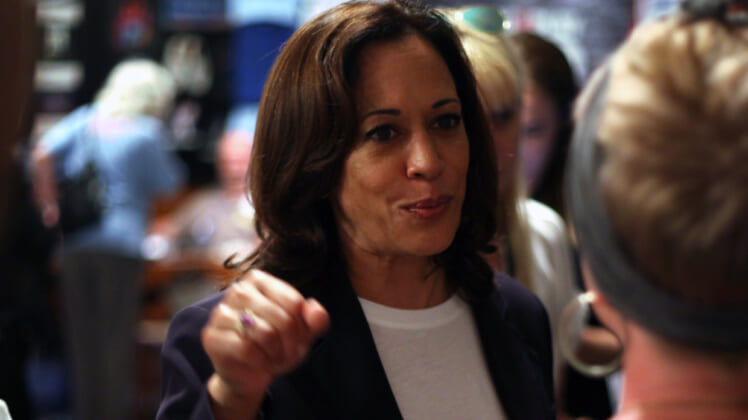 After the much-scrutinized hug between Vice President Kamala Harris, 57, and Transportation Secretary Pete Buttigieg, 39, this week, a body language expert said if it looked as awkward as a Harris laugh, it was not only because it truly was, but it also showed Buttigieg being subordinate.

The latter point is significant as debate has waged about Harris’ future in the White House amid recent departures by her staffers.

Ultimately, one might read into the body language that if someone other than President Joe Biden is to run in 2024, it seems more like Buttigieg would be a running mate to Harris and not at the top of the ticket, Nashville-based body language Scott Rouse told Business Insider.

Rouse advises U.S. special forces at Fort Campbell, Kentucky, on how to size up enemies or potential threats and has trained alongside the FBI, Secret Service, and Defense Department.

He gave Business Insider an in-depth review of Harris and Buttigieg’s interactions this week, including the aforementioned awkward hug Tuesday morning on the Joint Base Andrews’ tarmac.

“Her feet are pointed toward him, whereas his are sort of spread a little bit,” Rouse told Business Insider. “But his left foot is pointing just a little bit away from her. When you want to focus on a person or a thing in a room, or in your surroundings, your feet will point toward that person. He seems a little bit ill at ease because he’s back and she’s leaning forward.

“If you really are happy to see someone, you’re going to step right up to them and hug them and pull them toward you. He’s trying to make space from her where she’s a little bit more into it than he is.”

The report also noted Harris sat in the driver’s seat at an all-electric bus depot, while Buttigieg looked on with his hand in his pocket. Continue reading at Newsmax.