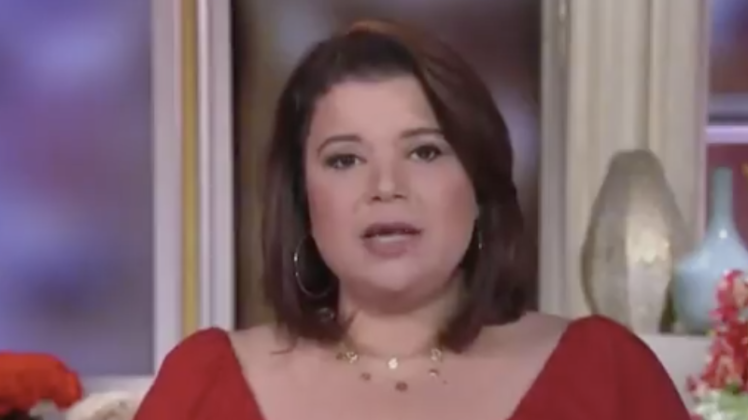 Another day, another attempt by the mainstream media to tie former President Trump to white supremacy.

CNN’s Republican “strategist” Ann Navarro made another unhinged TV appearance in order to disparage Trump and his supporters. And yet the media will continue to give her a platform to spew her hatred.

Navarro seemed to be putting on her best show in order to get invited back to ABC’s “The View.” She expressed her dismay that Republicans for their continued support of the president. She was particularly incensed at House Minority Leader Kevin McCarthy for meeting with Trump at Mar-a-Lago to discuss the 2022 House elections.

“A united conservative movement will strengthen the bonds of our citizens and uphold the freedoms our country was founded on,” McCarthy said after the meeting.

She said McCarthy and Republicans now kiss Trump’s ring and “other body parts” in order to prevent him from starting a new political party.

“I think it’s pathetic…I think it’s white slavery, what I just witnessed from Kevin McCarthy…It looks like he’s owned and his master is Donald Trump,” she said.

The rhetoric from Democrats since the raid on the Capitol earlier this month has been intense. Rep. Alexandria Ocasio-Cortez accused Sen. Ted Cruz of trying to get her killed and Democrats have tried treat any Trump supporter as a Qanon militia member.

Political observers say that Democrats are trying to keep the focus on Republicans because their own party has a serious divide. House Speaker Nancy Pelosi has a visceral dislike Rep. Alexandria Ocasio-Cortez and moderate Democrats have more in common with Republicans than they do the growing socialist wing of the Democrat Party, they say.

Navarro—in her usual unlettered commentary– said that Trump opened up the Republican Party for “nut jobs” and called McCarthy’s visit to the Palm Beach club equivalent to a Muslim’s pilgrimage to Mecca. She tried to be funny– again, this is a Disney show!– and made fun of the picture of McCarthy with Trump and called the Mar-a-Lago décor “vintage bordello.”