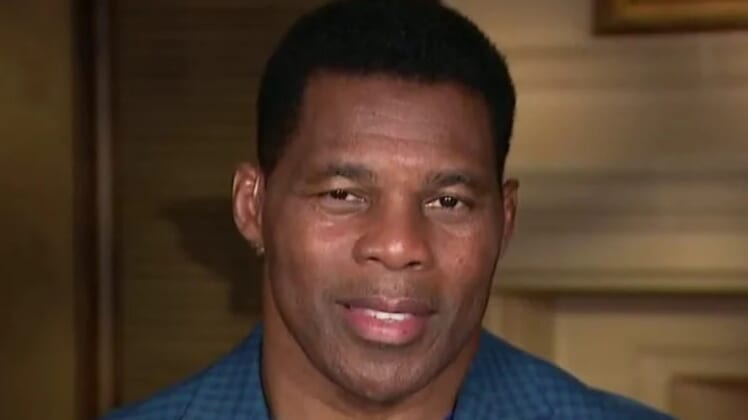 “Wouldn’t it be fantastic if the legendary Herschel Walker ran for the United States Senate in Georgia?” – former President Trump

Former President Trump is calling on retired NFL player Herschel Walker to run for the U.S. Senate in Georgia next year.

The 59-year-old native of the Peach State who played college football at the University of Georgia would be a top pick for the Republican nomination if he enters the race.

“Wouldn’t it be fantastic if the legendary Herschel Walker ran for the United States Senate in Georgia? He would be unstoppable, just like he was when he played for the Georgia Bulldogs, and in the NFL,” Trump said in a statement. “He is also a GREAT person. Run Herschel, run!”

Walker, an outspoken Trump supporter and longtime friend, could face Sen. Raphael Warnock (D-GA), who won his seat in a special election this year and will have to defend it in 2022.

Former Georgia Republican Sen. David Perdue, who lost to Democratic Sen. Jon Ossoff in a January runoff, ruled out a run against Warnock in 2022. Loeffler, on the other hand, has not decided on whether to seek a rematch.

Walker, a Heisman Trophy winner and played in the USFL and NFL over 15 years, first with the USFL New Jersey Generals, owned by Trump, and later in the NFL for the Vikings, Eagles, and Giants.

Walker, who spoke at the Republican National Convention over the summer, recently testified against slavery reparations before Congress.