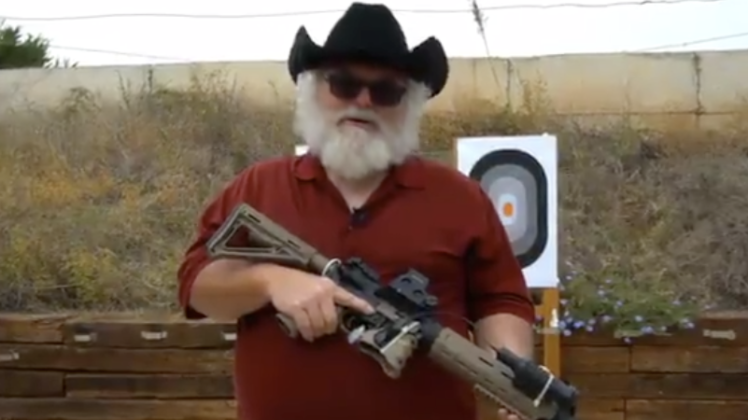 The National Rifle Association released a powerful ad on Tuesday that showcased the two men who stopped a gunman who opened fire in a Texas church in 2017.

Jack Wilson and Stephen Willeford, the two church heroes, said in the ad that they want the American public to know that a Joe Biden presidency would have a major impact on their Second Amendment rights.

TODD STARNES: I WARNED YOU ABOUT BIDEN

“Did you know for every magazine over 10 rounds and a semi-automatic rifle that you own or want to buy in the future, Biden wants to tax you $200?” Wilson, a volunteer member of the church’s security team, said. That means if you currently own 20 mags he will tax you $4,000. That’s tens of billions of dollars of taxes on law-abiding gun owners.”

Wilson said Biden seems to have a strategy: “He wants to make gun ownership only affordable to the elite.”

Biden was widely criticized earlier this month when he told an ABC town hall when he said one of the ways to approach police reforms is by training officers not to shoot to kill, rather aim for the leg.

“I can make that shot, but that day in the church, I didn’t have the opportunity to shoot him in the leg,” Wilson said.

Biden has been a vocal critic of gun laws being too loose. Biden’s White House would make sweeping changes to federal gun laws that include universal background checks and an all-out assault weapons ban.

“If it was Hunter Biden, and your wife, and family sitting in those pews at the church, would you still want me not to have this gun to protect them with?”

The NRA endorsed Trump in July and said the president did “more than any president” to protect Americans’ Second Amendment rights.

“You promised to defend the Second Amendment and stand tall for the constitutional freedoms in which our members believe,” the NRA said in a letter to Trump, according to Newsweek.

The ability for Americans to be able to defend their families while spontaneous riots have broken out in city streets and spilled over into communities has raised increased interest in gun ownership in the U.S. There was not a more reported example than the St. Louis husband and wife who brandished firearms while protesters stormed their property.

Mark and Patricia McCloskey, the homeowners, said they would be voting for President Trump in 2020. They have toured with the president’s campaign to send out their message.

“We have seen up close and personal a taste of things to come if the Harris-Biden administration takes over the country,” McCloskey said. “Pennsylvania is critical to the president winning this election and we wanted to do whatever we can to make sure Donald J. Trump gets reelected.”

Willeford lived near the church and fetched his own gun when he heard shooting, CNN reported. He was hailed a hero for confronting the gunman.

“What do you say to the man who stepped up when he heard the gunshots? I’d say he’s a hero,” Wilson County Sheriff Joe Tackitt Jr. told CNN. “I don’t think there’s any question about that. Had he not done what he did, we could have lost more people.”