TODD: I want to go to Pablo. He is listening to us in Savannah, Georgia – a beautiful town. So Pablo, my producer tells me that you are in fact a Spanish speaker.


PABLO: Yes. I grew up. I was born in the Dominican Republic and I actually lived in Newark While Mr. Corey Booker was the mayor. But his Spanish it was bad and I think it was not the right place to try to speak Spanish. Julian Castro even had some words that did not make sense. And for me when I moved to Georgia it was because of high taxes and everything that happened in New Jersey. If you want to speak Spanish do it on Telemundo because right now when they were doing the debate they were taking time away from all the people that knew that they could speak Spanish so they just stick to what they know better. How together point straight. They stick to English.

TODD: I’m wondering Pablo do you find that to be pandering when people like Cory Booker or Robert Francis O’Rourke try to speak Spanish like that.

PABLO: Absolutely! I know that they were in Florida and that they’re trying to get the Hispanic population but at least for me it doesn’t do it. When my wife texted me asking me why they were speaking in Spanish, that’s a problem. So I don’t think they should be doing that on the debate or unless they know how to speak Spanish properly. 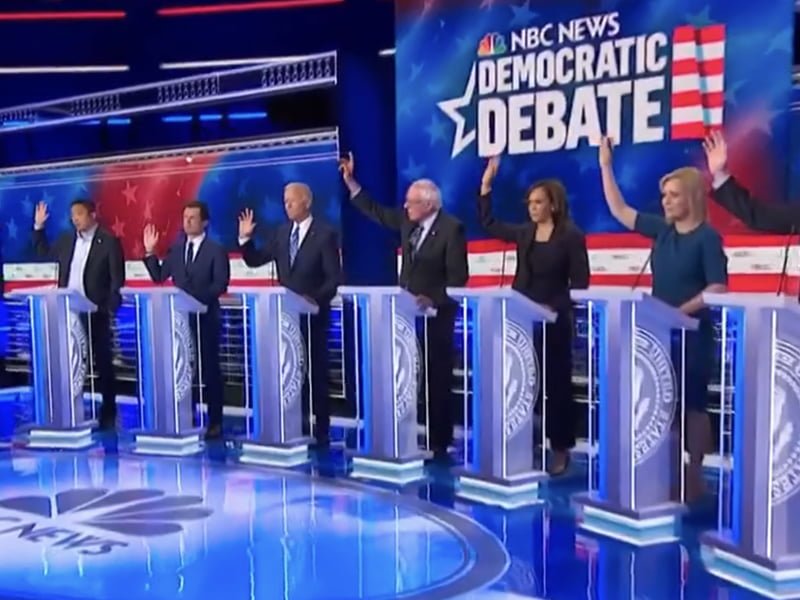 TODD: You know Pablo we you know I’m originally from the South and we have that same problem when all you know that the Northern candidates come down and they try to speak Southern. And they you know pretend to like grits and fried chicken and things like that you know I guess it’s just a pander. It’s just simple pandering is what it is.


PABLO: Exactly. For example, where I go to a place when I see somebody trying to speak English and they cannot speak English, I switch to Spanish  to make them feel more comfortable. In this situation, they do not make me feel comfortable. Any chances of me going back to being a Democrat just went out the window. Learn you stuff first and then you can speak to me in a way that you on the stand you simpler and go straight to that point. Just don’t try to mumble and try to use the 10 words that you know in Spanish to get my vote.

PABLO: TRUMP!! That’s why I moved to the South. I love the work that he’s doing. And you count me in as a Hispanic boy that he’s going to vote for Trump. And he says Keep America Great.

TODD: Love it. Love it. Pablo appreciate you calling in. Thanks for listening to the program too. Thanks for helping us out here with trying to figure out what Corey Booker said and the Fake Mexican – Robert Francis O’Rourke.