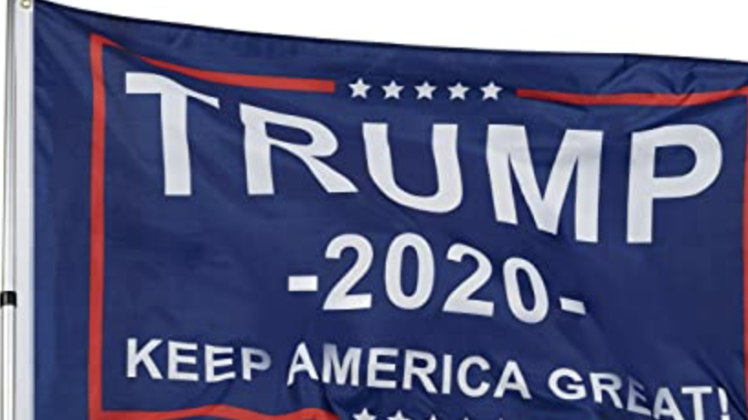 A Minnesota homeowner received a letter sealed in an official school envelope asking him to remove Trump flags that were posted in the front yard of the home.

“After many complaints from teachers and students we are asking if you could remove your Trump flags,” read a letter sealed in an envelope from the office of Kingsland School.

“I understand that this is your right to show support, we just think it would be in better taste if you put your flag in your front window,” the letter continued. “This would eliminate the direct view of our classrooms. We believe removing the flags will bring peace to the neighborhood, especially when your neighbor is a school.”

Superintendent Jim Hecimovich said they know who mailed letter and they have turned that information over to law enforcement.

“I take this matter very seriously,” the superintendent wrote on the school district’s Facebook page. “Anytime someone uses an official means to convey a personal cause, they are wrong. The law, as well as district policy, has been blatantly violated.”

The superintendent says the suspect has been in touch with the homeowner and apologized. The person’s name has not been released, but the individual is not a school staff member.

“Kingsland does not, nor would we ever, condone the practice of using our official status to convey personal opinions,” the superintendent said.

It sounds like the school district is doing the right and decent thing. Well played, Kingsland Public Schools!