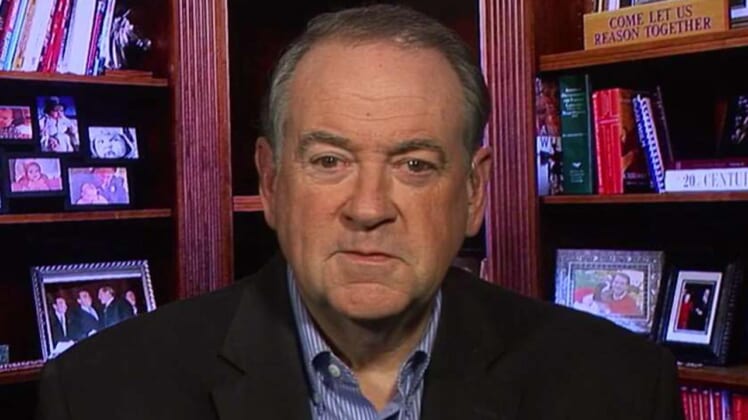 Mike Huckabee, the former Arkansas governor, told the “Todd Starnes Show” on Election Day that he believes President Trump is going to be re-elected and he will win decisively.

“I reserve the right to be wrong but all the signs other than the polls and the media tend to point that way and I just can’t imagine that America would vote to fundamentally change this country in the direction of socialism,” Huckabee said.

Huckabee compared Trump’s rallies to events held by Joe Biden. He said the enthusiasm for the president is palpable and he attracts 60,000 people at cold, outdoor venues who chant and wave flags and express optimism about the future of the country. Juxtapose that with Biden rallies that include a few cars and Biden standing on a two-foot platform squinting and yelling at them.

“I just can’t imagine that people say, ‘Yeah, that’s the direction I want to see our country go,’” Huckabee said.

Huckabee said that the election, in many ways, is symbolic. He said he doesn’t believe the country thinks it’s appropriate to throw bricks at police, fund abortions up until birth and abandon Israel in favor of Iran.

“These are things that just don’t make sense to me,” Huckabee said.

Todd Starnes, the host of the program, has said voter turnout on Election Day will be pivotal for the president. All eyes will be trained on Florida and Pennsylvania, which are seen as must-win states for the president if he is going to have any wiggle room in Michigan, Ohio and Wisconsin.

Stranes said his perspective is a “view from the pew,” and he sees a president who delivered on all his promises and was effective at widening the party’s net. He said it seems the only way Trump could lose is if there is widespread voter fraud in key states.

Huckabee summed up the two candidates: “Donald Trump looks like he’s going somewhere and taking the country with him that we want to be. Joe Biden looks like he’s sorry that he’s been. And I just don’t want to believe that that’s the direction that America wants to go.”