HYPOCRISY: If Black Lives Matter Can Rally in DC, Why Can’t Veterans? 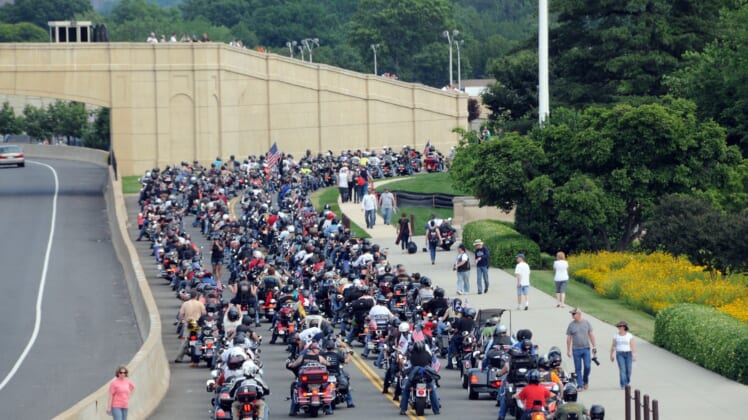 Republicans are pointing out the hypocrisy in Washington, D.C. as Black Lives Matter is allowed to march, but supporters of military veterans cannot.

Rep. Brian Mast (R-FL), along with 30 other GOP members of Congress, sent a letter to President Biden Tuesday urging him to override the Pentagon’s decision to deny the AMVETS’ Rolling to Remember motorcycle rally.

“I would have hoped that President Biden would have more respect for a Memorial Day tradition, which raises awareness to the 82,000 service members who are still missing in actions and that 22 veterans die by suicide each day,”  Mast told Fox News.

The Pentagon, however, points to coronavirus risks for its denial but the former Army bomb disposal expert isn’t buying it.

“If you look at the facts that BLM can get a riot permit in Washington, D.C., with COVID going on at the exact same time, how do you not allow veterans into the parking lot, the 70-acre parking lot of the Pentagon in this 20-year plus tradition? Total politics in my opinion,” Mast told host Harris Faulkner.

This comes as New York City Mayor Bill de Blasio was pressured to give a permit for the Memorial Day parade on Staten Island, honoring Gulf War veterans.

City Hall reversed its decision late Monday, SILive.com reports, after the veterans pointed out the city held a Cannabis Parade for pot smokers.