It’s Not Every Day that Ted Cruz and Donald Trump, Jr. Agree with AOC 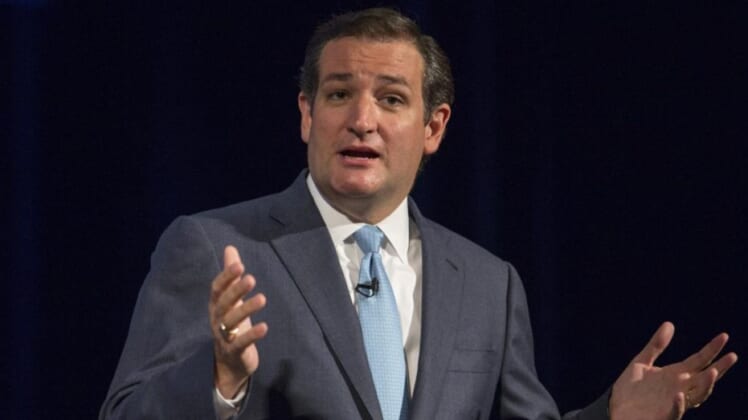 Robinhood’s decision to attempt to slow trading on some companies—including GameStop—prompted a swift backlash on social media and a bipartisan condemnation rarely seen in Washington.

GameStop’s stock, which on paper did not seem promising to many investors, caught the attention of members of a “subreddit” on Reddit. These investors piled money into the stock to confront hedge funds that were shorting the stock. The stock surged and these hedge funds were forced to cover what they borrowed, which is called a “short squeeze.”

TODD STARNES: IF DEMS HAD THEIR WAY, RUSH WOULD BE IN JAIL AT GITMO

The Associated Press reported that on Wednesday, the stock was trading below $20 a share and then reached $350. On Thursday, the stock gyrated between $112 and $483. The share price fell 60% after Robinhood barred investments, reports said.

The underlying message from the so-called “amateur investors” to these Masters of the Universe hedge fund bosses was: You’re not the only ones who can manipulate the market.

Robinhood’s decision to reportedly prevent its users from trading freely was met by fierce criticism from the likes of Donald Trump Jr, Rep. Alexandria Ocasio-Cortez and Sen. Ted Cruz.

“This is unacceptable,” Ocasio-Cortez tweeted. “We now need to know more about @RobinhoodApp’s decision to block retail investors from purchasing stock while hedge funds are freely able to trade the stock they see fit. As a member of the Financial Services Cmte, I’d support a hearing if necessary.”

Trump Jr called on any Republican in D.C. “worth a damn” to also call for an investigation into Robinhood and Citadel LLC, which recently invested in Melvin Capital Management—the company getting slammed by shorts.

“And while they’re at it, subpoena Janet Yellen & lets find out if there was pressure coming from the Biden Admin to protect cronies on Wall Street,” he tweeted.

Barstool Sports’ Dave Portnoy tweeted, “When @AOC and @DonaldTrumpJr are on the same side you know you f—ed up @RobinhoodApp.”

“This entire episode has demonstrated the power of technology to democratize access to American financial institutions, ultimately giving far more people a say in our economic structures. This also showed how the cards are stacked against the little guy in favor of billionaire Wall Street Traders,” he wrote.