Jen Kerns: If Biden Thought Harris Was Tough, Wait Until He Tangles With Trump 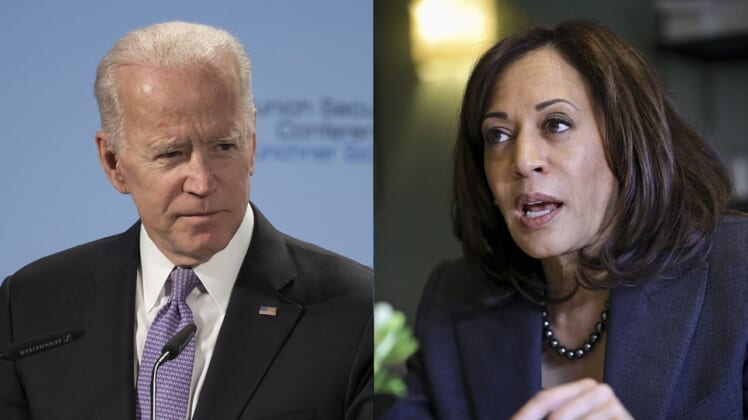 The second night of the inaugural 2020 presidential debate series turned out to be more rousing than the first, with political heavyweights in the Democratic Party lighting up the stage with fiery exchanges.

While several of the Democratic contenders scored points against one another on issues ranging from socialized medicine to climate change — while calculators melted down from the cost of it all — the clear winner of the night was California Sen. Kamala Harris.

She showcased her debate prowess, along with her ability to artfully weave a tapestry of human interest stories from her days as a prosecutor.

However, Harris’ biggest success of the night came when she squarely took on “the man who would be king,” former Vice President Joe Biden.

In fact, she knocked his block off.

It was a foreshadowing of what’s to come if Biden ever has the opportunity to face off against President Trump on a similar debate stage.

Harris attacked Biden on two of his weakest points — his record of opposing the busing of African American students to white schools, and his participation in the Obama administration’s mass deportation of illegal immigrants and their children.

Harris’ attacks not only made Biden look incredibly weak, but also like the grandpa from a bygone era. Biden’s positions in the 1970s might have played well in the tony suburbs of majority-white Delaware and Rhode Island, but they are not faring as well today.

Trump is going to have an absolute field day escorting Biden down his thorny memory lane.

First, there is the fact that Biden opposed busing African American students to desegregated white schools. Harris claimed to have been a part of the second class of students who were bused, and she took her pound of flesh out of Biden when she claimed that he tacitly opposed desegregation and, therefore, little girls like her.

This came on the heels of Biden’s nostalgic recollection of working with segregationist good old “boys” from the South — a history that will undoubtedly go over like a lead balloon in the key Democratic African-American voting bloc.

Second, Biden has serious baggage on illegal immigration. When asked in the debate what he would do to solve the current border crisis, Biden boasted of already solving the problem: “I did it!”

Yet the elder Biden seems to have forgotten what he actually did. In reality, he participated in the Obama administration’s policy of keeping children in detention centers and forcing them sleep on floors in cages.

Biden also said that his former boss Obama did a “heckuva” job on illegal immigration. However, as Univision moderator Jose Diaz-Balart pointed out, Biden was part of an administration that “deported three million illegal immigrants” — a point Biden either seemed to be confused about or to have forgotten.

Pressed on the issue, Biden said his solution now would be not to deport those three million illegal immigrants unless they “commit a major crime.” That amounts to three million little flip-flops that Biden will ultimately have to defend.

Third, because he was an integral part of the Obama administration, Biden could feasibly be held culpable for virtually everything that Obama did wrong. It’s important to point out that Biden hasn’t once distanced himself from Obama’s policies — from foreign relations to healthcare. He isn’t likely to do so in the future, either, because he wants to win Obama’s endorsement. Every one of Obama’s policy failures belong to Biden, too.

Lastly, Biden’s long record in Congress spans the better part of 46 years. Considering his past flirtations with racism only became an issue over the last few months, it seems likely that more problems in his history will be unearthed in the days ahead.

The Harris-Biden dustup was just a preview of things to come.

If Biden expects to face off with Trump on a debate stage, he’s going to have to dust off his trademark aviator sunglasses. His track record is wildly out of step with the young, minority voters of today’s Democratic Party. Biden will have to perform some Air Force-quality loop-de-loops if he hopes to have any chance of winning in 2020.

This column first appeared in The Daily Caller. The views and opinions expressed in this commentary are those of the author and do not reflect the official position of ToddStarnes.com.